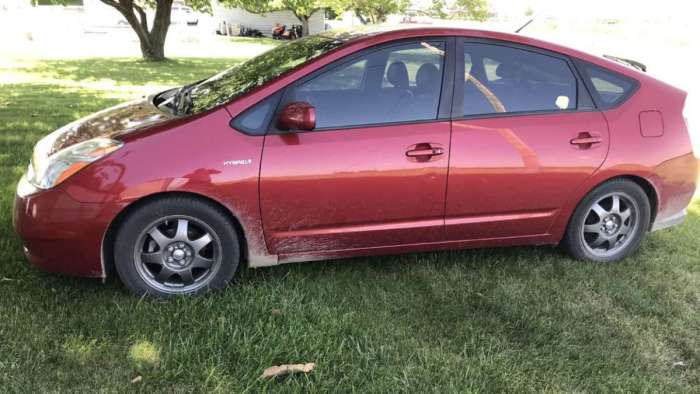 Trouble codes are there to help us know if our car is having and issue. So, what happens when your Prius sends you a code that is not simple? This code did that to me on my Prius. I had to dig deep to find the answer, but now you can benefit from it.
Advertisement

I wager that no Prius owner wants to have trouble with their car. I am also in that group. I want to be able to enjoy my Prius and have no worries.

When I bought the $600 Prius recently, it had been thrashed. It did not run; it was filthy and loaded with problems. Once I was able to get it running again and clean, I was ready to start driving it. It did not take long for the P0138 trouble code to appear.

Any trouble code bothers me, so of course, I dove right in and started to diagnose it. Here is what I found out about the trouble code and what it took to clear it up.

What P0138 Means In A Toyota Prius
The literal translation of the P0138 trouble code is oxygen sensor high voltage. Great, so what does that mean? From my experience, I have known that I have viewed a high voltage as a short circuit. The signal would get sent back to the ECU telling it there is something wrong with the circuit, thus setting a check engine light. 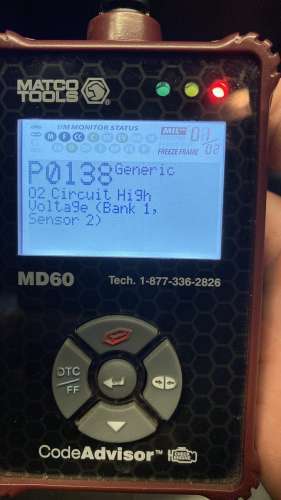 No big deal, right? Just chase down the fault, which logic would tell you that a sensor could short internally and cause the code. Only when it doesn't. Then what do you do? You could panic, stress about it, and maybe even have a minor meltdown. Or you could do what I did and begin to ask everyone you know while researching to figure it out.

That is precisely what I did.

The Hard Part About The Diagnosis
There is a reason that a good technician will use service information as a road map. Technicians that know a thing or two about how these onboard sensors work, will test the system differently. As I was busy gathering data to share with my cohorts, I observed something interesting. All the data I saw with my factory scan tool showed me everything was working correctly.

So why did my Prius keep tripping the same trouble code over and over again? The question I was boggled over was; if everything is working the way it is supposed to, why the light?. What I did not know, is that sometimes, and especially on Toyota cars, the data you are reading may look accurate but be wrong. 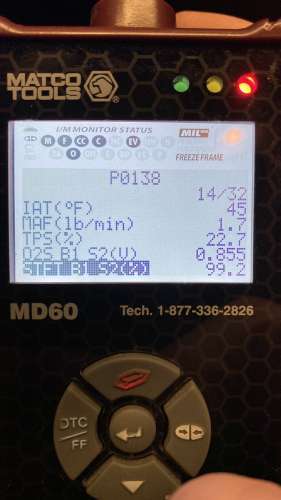 One of the great minds of this generation that I had the privilege of reaching out to is a Canadian friend of mine, who shall remain nameless at this time for identity protection. He has a few years on me but also has a memory that can think through problems as I have never seen before.

As I began to chat with him, and also another friend. It occurred to and become clear that even though the scan tool may be showing correct sensor operation, the Toyota sensors could still be faulty. I had the idea pointed out to me by two parties that both have much more knowledge than I do.

Basically, what it comes down to is this. The messenger, which are the sensors, are sending signals to the ECU telling it what they are seeing. In Prius, Yaris, and Rav4, the ECU looks at the upstream or primary Air/Fuel ratio sensor and bases what the engine does from that reading. Meaning that if the primary sensor is off, the engine is not operating as designed.

So that should trigger a check engine light for that sensor, right? Nope. The message then comes from the rear oxygen sensor that is checking the catalytic converter for efficiency. The secondary sensor sees that the exhaust is crazy rich and sends out a signal of high voltage, making you think that the sensor or the circuit has an issue. Not true.

Toyota, in their infinite wisdom, has designed this system from what I can figure to be a tattle tell on the primary sensor, letting us know when that sensor is acting up. Why? I have no idea; it is just the way Toyota has it.

Moral Of The Story
The moral of the story here is, do not shoot the messenger. That rear oxygen sensor that keeps setting the code could be telling you that the primary sensor is just is not doing the job right. The ECU bases all of the fuel trim off of the primary sensor. It does this to keep fuel economy in-check on Prius. From that standpoint, I think it makes sense to have a sensor blow the whistle on the other sensor when it goes belly up, so you know exactly where the problem is.

Toyota, you are sneaky, but this is one fault we now know how to fix right the first time. I hope you have enjoyed reading and found this information useful. Please be sure to have a great Thanksgiving and be sure to check out my other article, Top Three Reasons Toyota Should Make A Fast Prius Prime.

Mauro wrote on May 12, 2020 - 10:56am Permalink
HEllo, thankl you fro this interesting review. I have tha same problem, replaced both O2 sensors but P0138 still appear. The engine seems ok now (no loss of power as before) but now the hybrid system seems to work bad… No electrical torque, battery fan Always on (even if the car is cold)… How did you solve the issue?
D wrote on November 5, 2020 - 10:12am Permalink
Hi, So what's the solution to the code? Did I miss the answer? What exactly did you do to solve the P0138? And If you have the procedure handy that you used that would be helpful too.
Will wrote on December 27, 2020 - 3:33pm Permalink
I'm wondering this as well. I gathered that the problem is: O2 sensor is sending a trouble code to the ECU, but this is caused - not by a faulty O2 sensor - but by a faulty Air/Fuel Ratio sensor (?)
belka wrote on December 8, 2020 - 11:46pm Permalink
I'm getting the P0138 and I replaced 3 timers the Dowstream sensor and also the upper sensor
Will wrote on December 27, 2020 - 3:43pm Permalink
Hi, I am the new owner of a 2005 Prius with 216k miles. The check engine light was illuminated periodically, but is now always on. I checked the diagnostic codes using an ODII scanner. The codes are: -P0138/$07E8 (description: "O2 Sensor Circuit High Voltage Bank 1 Sensor 2) -P0327/$07E8 (description: "Knock Sensor 1 Circuit Low Bank 1 or Single Sensor) -P0606/$07E8 (description: ECM/PCM Processor). A Toyota technician recommended replacing the Bank 1 Sensor 2 oxygen sensor for $400, but at the time I was not eager to shell out that money for a solution that may not work, in order to remedy a problem that does not seem to be affecting my car's performance. So.. the main question is, "What now?" What is the cause of these trouble codes? How can I fix it?
David Bean wrote on October 27, 2021 - 12:35pm Permalink
I would have enjoyed it if you'd written how you solved it! Would read again
Ramunas wrote on December 1, 2021 - 3:48pm Permalink
Hi, I sorted this way as well. Firstly I changed second sensor to denso dox-0269 and code P-0136 and P-0138 still was come up every 30 or 40 miles trip. Also fuel ratio was 15.2:1 instead 14.7:1 , which is to rich. Voltage stayed on sensor 2 0.8v on idle ,but was responding to throttle. Was bothering me for 9 months and it was annoying to reset everytime. All wiring looks like brand new without damage on My yaris 2009 UK version and heater cores on sensor shows resistance on 1st and 2nd pin . Interestingly enough, then I remove 1st sensor, it looks contaminated with white colour ,but engine work fine and car done only 77000 miles and not oil burning between oil changes at all. Resistance on heater cores 2.5 ohms and on new denso dox-0510 sensor 3 ohms. I believe that sensor still works ,but is contaminaited and some cleaner would help ,but changed anyway. Thank you for your post and hope it would help for other with the same problem.