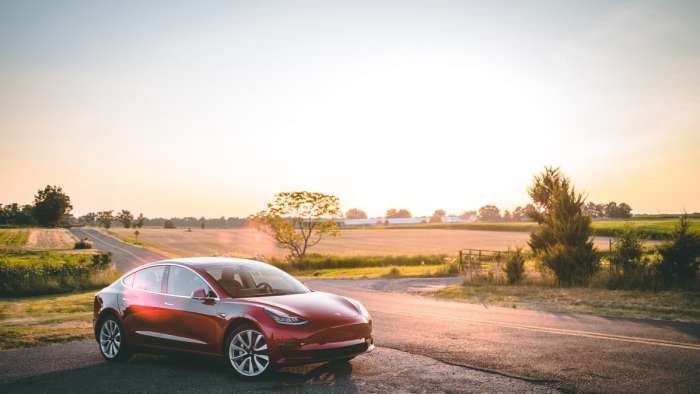 Electric cars like the Tesla Model 3 are phenomenal. They are super fast, require no gasoline, or really much maintenance. They make hybrid cars, like the Toyota Prius, look like a 1929 Model T in comparison. So, when it comes to "fueling" an electric vehicle what are the actual costs associated with charging a Tesla. I asked Chris, The Solar Guy, who owns Solgen Power to tell me what he knows about charging his Tesla Model 3.
Advertisement

Before I totally get slandered on the internet about how you cannot refuel a Tesla, let me point something out. Gasoline is liquid energy, batteries have a different type of energy that is simply, stored electrons. Both systems need to have a "refueling" process of some kind.

When it comes to owning a Tesla, many owners love the cars. They love that they are very easy to maintain, they can charge them at home, and of course, they are rocket ships.

The real question here is, what are the actual costs associated with charging a Tesla? To find this out, I went to see a friend of mine who owns a power company. Chris, the solar guy, who owns Solgen Power, recently purchased a Tesla model 3 and was happy to share with me some interesting information regarding electric vehicle charging. Here is what I found out.

What A Kilowatt Hour Costs In Dollars

I drive a second generation Toyota Prius. It has 250,000 miles and still gets about 44 miles per gallon. Not awful for a car that is 12 years old and has been beat pretty much it's entire life. Right now it costs me about $25 to $35 dollars to fill it up. Fuel right now is about $2.75 a gallon for Top Tier fuel.

According to Chris, for a Tesla getting supercharged you would be looking at paying 27 cents a kilowatt hour, which is the equivalent to $3.00 a gallon for gasoline. He also told me that to be competitive in charging, 22 cents per kilowatt hour is where a charging station would make it more affordable. 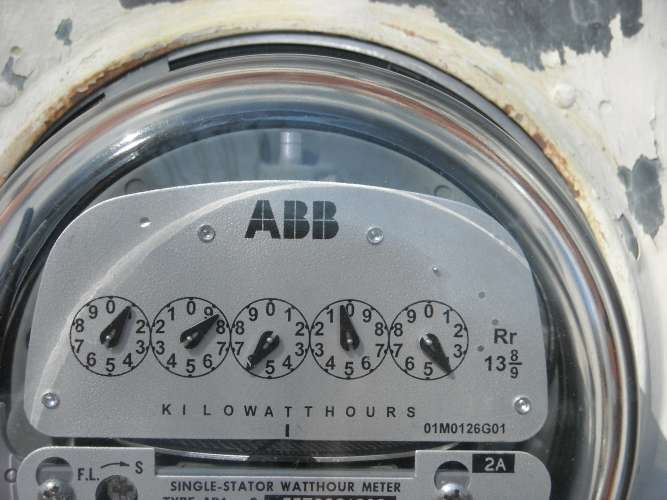 So, depending on what you are getting charged per kilowatt hour at your house, you could actually be spending more money to "fill up" your Tesla than you realize.

Cost Of Ownership Tesla Vs Prius

The best comparison in for this segment would have to be the 2020 Toyota Prius Prime. The Prius Prime is the most advanced and technologically savvy Prius that is available. It is a plug in hybrid, and while yes, many people benefit from the short range of electric driving, that comfort of knowing you can fill up just about anywhere, is peace of mind that still make Prius a great contender against the Tesla. 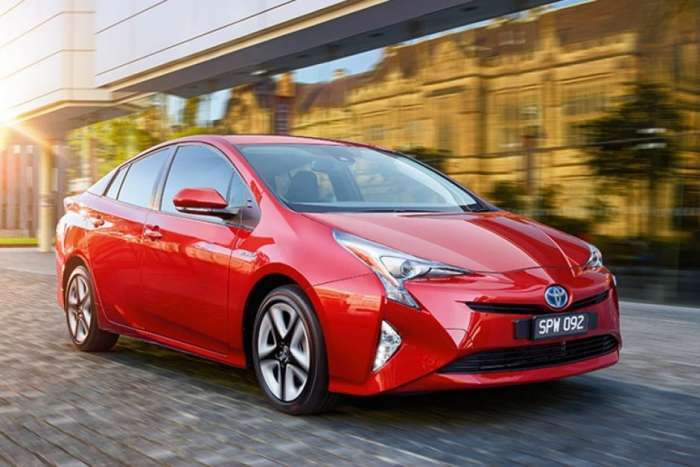 As far as cost of ownership is concerned, a Tesla and Prius are two separate animals. It is obvious that a Tesla will have far fewer requirements for maintenance than a vehicle with gasoline. Tesla does have maintenance procedures though just like a Prius would. Tesla cars still need the tires changed/rotated, brakes changed, washer fluid refilled, etc. You will find some similar things between the cars if you really look into it. The issue with finding any maintenance for a Tesla, is that it is not public, and if it is Tesla wants to keep that information in the service centers as much as possible.

Prius, still has to do oil changes, which is one of the biggest things people that own a Tesla say they love, even if they are not aware of the other maintenance items that are required on the vehicle. Prius has coolant, so does the 3, and they are both high mileage and long date intervals. Usually about 10 years or 150,000 miles.

As far as a dollars comparison, I do not have that data. I will have to do some research and look at cost of ownership on varying levels for similar maintenance items. Hopefully I can get some information from Tesla to do that.

If you want to really get into the nuts and bolts of this topic, you could compare costs on all level. What it costs to manufacture the tires, battery packs, seats, carpets, glass, and all things in between. There are skeptics out there that say it costs more to own and operate an electric vehicle. Great, I love to learn please send me your findings.

Overall, I would love to have a Tesla, mainly because for the price, the performance aspect would allow me to destroy most cars on the road today. Including some really built muscle cars.

If you could solar charge your Tesla for less than it costs you to fuel and own a Prius, I would for sure do it. So, if you are an owner of a solar company, that was probably a smart move for you.

I hope that you have enjoyed reading about Tesla Model 3 vs Toyota Prius. Check out my other story Why the first generation Prius is better than either generation Nissan Leaf.

DeanMcManis wrote on September 6, 2019 - 3:38am Permalink
It brings up the point that both gasoline costs and electricity costs vary not only by region, but by time. Here, premium gas costs about $3.50 a gallon, and electricity is not as expensive as your area IF you charge off peak hours. I only charge at home, and with the EV rate that is based on time of day, my electricity costs $0.16 per Kwh when charging between 12AM and 3PM, with peak and partial peak rates costing more. But both the car and the charger unit each have timers, so I just plug it in at night and at 12AM it automatically starts charging the car and finishes a little after 3AM. A full battery charge is about 12-13Kw, so it costs about $2 to go 45 miles. My Cadillac ELR is a plug-in hybrid, so it manages about 40MPG just running off the generator. So running only on electricity it costs me about 4.4 cents a mile, and using gas alone costs about twice as much at 8.8 cents a mile. Your gas mileage and costs may vary. The Prius is designed as an economy car, and in that role it is one of the world's best. The Tesla is a performance, near luxury car. And the remarkable attribute of EV technology is that it can provide a quiet, comfortable, and high performing car that matches or beats the operating, maintenance, and fuel costs of a dedicated economy car.
John Goreham wrote on September 6, 2019 - 10:29am Permalink
Just curious. Why mention the cost of Premium fuel? No Prius ever built required that fuel or ran better using it.
DeanMcManis wrote on September 6, 2019 - 11:18pm Permalink
In Peter's article he mentioned that the "Top Tier" gasoline in his region cost him $2.75 a gallon, and his cost calculations were based on experience fueling his Prius. My comparative cost numbers were based on my ELR PHEV, which does recommend using premium fuel, and on my local electrical costs. Regular gasoline costs about $0.20 per gallon less, which works out to about half a penny per mile cheaper to operate, but it is still far more costly that just running off of electricity from home, when charging off peak hours.
Peter Neilson wrote on September 6, 2019 - 11:14am Permalink
Hey I totally agree. One of the points here that I am trying to make is that electric cars may not make sense in every region. That info is really good to have and thank you for sharing it with me. It will help me make future articles more exciting and informative.
David Plantenga wrote on September 6, 2019 - 12:46pm Permalink
Great reply. Better than the article. Thank you.
Jermichael Kirkland wrote on September 6, 2019 - 5:27am Permalink
It would take about 30 years to break even with the Tesla vs Prius with average use. Teslas compare more favorably with gas only vehicles. Tesla would specifically design a less fun, economical model to beat the Prius.
ROBERT L HALL wrote on September 6, 2019 - 7:36am Permalink
I own a a ford focus electric 2014 it has over 46000 miles and brakes are good according to mechanic. I would like more specifics to be reported about comparing to ice vehicles i have had them all my life. The time the ice takes to maintain should also be included.
John Goreham wrote on September 6, 2019 - 10:33am Permalink
The EPA's website, FuelEconomy.gov lists the annual energy costs for all vehicles. For 2019 the Model 3 SR is $500 and the Prius Eco is $700. EPA uses the average cost of energy in the U.S. and a relatively high 15Kmiles per year driven. As the story and commenters note, location matters. Gas is $2.55 here in Mass. My electricity is now over $0.22/kWh. (30 Miles SW of Boston) There is zero price advantage for EVs in my EV-Target EV state. The largest power generator in my immediate region is Pilgrim Nuke. Pretty low carbon.
Peter Neilson wrote on September 6, 2019 - 11:17am Permalink
Thanks for sharing this information. I really appreciate the feedback.
Mark David Spence wrote on September 6, 2019 - 2:53pm Permalink
In regards to comparative maintenance costs, it's worth noting that a Prius is not prone to spontaneous combustion.
warren trout wrote on September 6, 2019 - 5:40pm Permalink
ICE cars burn at a greater rate than electric. You are just deceived by the lies of media
warren trout wrote on September 6, 2019 - 5:42pm Permalink
11 cents / kwhr in Seattle. Cheap gas is $3.00. So it makes for a totally different outcome.
Robert Hall wrote on September 6, 2019 - 9:48pm Permalink
Combustion Just like cell phones. Don't worry it will get better.
torch wrote on September 7, 2019 - 12:43am Permalink
Thank you for your analysis! Some EV owners receive free charging from their employer (and likely do not report that as taxable income). Some EV owners cannot compute the true marginal rate they pay at home in a time-of-use service. Some EV owners believe that solar panels make charging free. Some EV owners have not computed the true cost to charge at a public EVSE (beyond Supercharging).
DeanMcManis wrote on September 7, 2019 - 12:12pm Permalink
Have you ever had a cell phone catch fire? I haven't. Plus there are many specific systems in the Tesla battery pack that prevent fires, which make them safer than gasoline powered cars. In my life I've had two of my gas powered cars catch fire, but of my friends that own Teslas, none have had any fire issues because it is an extremely rare occurrence, like in an extreme accident. Where a gas car would have been more dangerous. Like Autopilot safety, these are areas where the media supports exaggerated stories that are specifically designed to cause Tesla stock value to drop, so that profiteers can get rich. Objectively, Teslas are among the safest cars out there today.