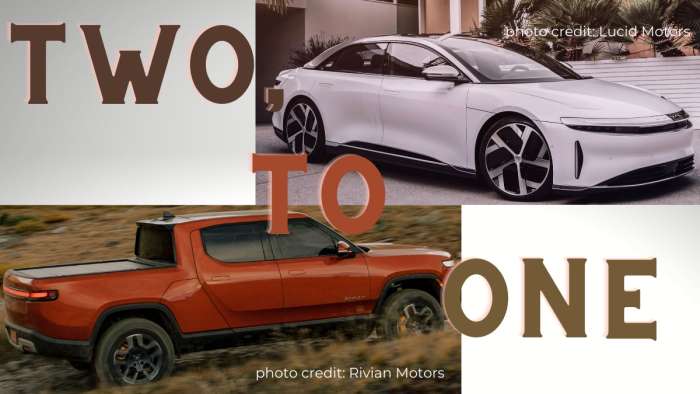 Lucid and Rivian are out to make headlines. But both companies are very new and face major challenges moving forward. Here is one reason they need to band together.
Advertisement

It is no secret that Tesla is the largest EV automaker globally. In 15 years, the company has done more for the automotive industry than almost all combined.

I do not say that negatively towards the other automakers, but what I mean by that is Tesla redefined what the electric car is, and now every other company is doing the same.

Tesla motors are the catalyst that outlined in motion a new revolution for personal and eventually commercial transit. Now that everyone is gung-ho for EV, it would seem Tesla is the company to compete with.

The two major EV-only competitors that can go head to head with Tesla are Rivian and Lucid. The problem is that those two companies are not shipping products fast enough, which is a significant issue.

How Rivian And Lucid Could Overtake Tesla
Rivian and Lucid motors need to combine forces. Both companies are on a similar mission, but their bandwidth for production is less than satisfactory. 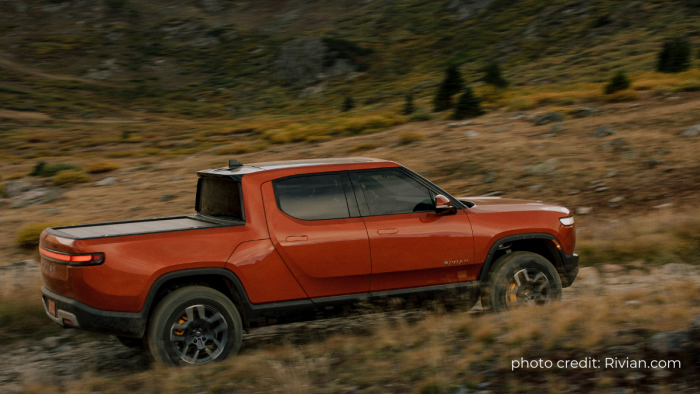 If these two companies want to hope for the future, they should combine forces and have two product lines. Not only would this help them build both brands faster, but it would also help them gain needed cash flow to keep both brands moving forward.

Conclusion
My thoughts on this subject are probably just wishful thinking. I like Tesla and want to see the continued success of that company. However, we need more flavors.

Lucid and Rivian could give Tesla a huge run for the money with a joint venture. I do not see it happening because both CEOs of each company are too prideful.

My thought is that one, not both of these companies will succeed on their own, but if they want to beat Tesla, they need to help each other out.

That is all for this one. Remember, today's adventure is tomorrow's story. Have an adventure today.

Take a look at my opinion on the EV hummer.

LG's New EV Battery Plant Is a Welcome News for Tesla
Tesla Giga Berlin's New Hurdle: It's Not Only the Gov't, but Now Tesla Itself
END_OF_DOCUMENT_TOKEN_TO_BE_REPLACED