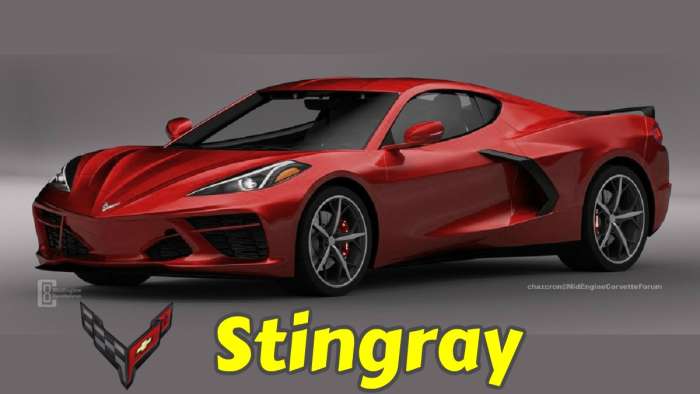 The New 2020 C8 Corvette Will Carry The "Stingray" Moniker

More details are coming out for the new 2020 C8 Corvette and we now know that it will, in fact carry the Stingray moniker.
Advertisement

Chevrolet officially announced that the Stingray name will stay around for another generation of Corvette. An image of the Stingray logo was added to the C8 Corvette official site with the following caption:

The Stingray name was rumored for a while now to return with the introduction of the C8 mid-engine Corvette but now we know for sure. GM officially announced it and have the logo proudly displayed on their site which you can find here.

The Stingray currently serves as the C7 Corvette base trim, and its return remained in question due to Chevrolet’s decision to switch from a front to mid-engine layout for the next generation sports car. Last week GM unveiled the C8 steering wheel, which closely resembled spy shots of the car’s interior from months before which we talked about in the last article. At this point there are still plenty of unknown technical points and one of the biggest one is engine details. Though prior leaks suggest that the C8 will use a reworked version of GM’s LT1 pushrod V8 likely named the LT2. Horsepower is expected to be up from the current Stingray’s 460 and current rumors show around 530hp out of this reworked LT1.

As we all know the official reveal can be watched online and you can read more about that by clicking here. For now, all of us Corvette fanatics have 3 days left until we get to see this monster!

See you in my next story