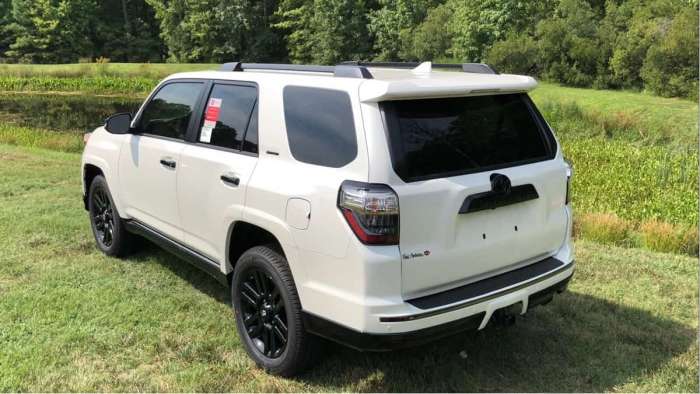 New Feature Coming: Your 2022 Toyota 4Runner Purchase May Be Brighter than You Think

Toyota 4Runner is adding a bright new feature to its entire 2022 lineup. Learn more below.
Advertisement

Fans in the Toyota world have been treated to a crazy amount of information in the past few weeks.

Still waiting on a “details announcement” for 2022 Tundra, though. 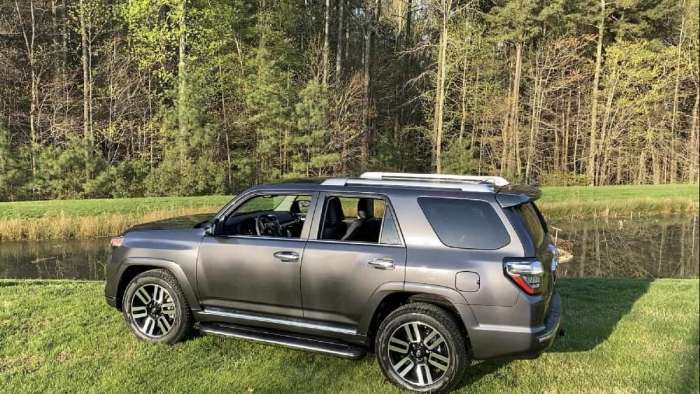 Toyota released a detailed press release discussing the newest grade of 4Runner for 2022. The 4Runner TRD Sport should benefit those people who want smooth on-road comfort with some off-road capabilities as well. A little Limited-like luxury features thrown in too.

But in the Toyota press release (on June 1st), there was a small blurb that I found interesting.

This should be helpful because every Toyota 4Runner for 2022 model year comes with a complete set of LED headlamps, LED daytime running lights, LED fog lights and now LED high beams.

SIMILAR VIDEO: Learn about the Toyota NEW MULTIMEDIA SYSTEM coming by end of 2021.

Currently for 2021 4Runner only the Limited, Nightshade and TRD Pro have standard LED high beams. Of course, Nightshade has been discontinued along with Venture Edition for 2022.

Since 4Runner will not be redesigned for 2022, we can focus on what we know for sure will be different.

Toyota 4Runner will be adding in a new Technology Package for (at least) 4Runner TRD Sport. This includes blind spot monitor and, more than likely, rear cross-traffic alert.

A big question on many minds is whether Electric Lime Metallic will follow Tacoma’s lead and be the exclusive Toyota 4Runner TRD Pro color this upcoming year.

One wild rumor is that Toyota will feature two different colors for 2022, with Yellow being the TRD Pro color for 4Runner.

I do not think this is the case. My instincts, along with a little logic, tell me we will be seeing a 2022 4Runner TRD Pro in Electric Lime announced in the coming weeks.

Nobody except Toyota personnel in the know really have the answer to this one. And they are notoriously secretive with such juicy details. Until the time is right.

Time for your Toyota 4Runner Comments

Do you think this addition of LED high beams across the board is valuable and beneficial? Will this impact what trim level Toyota 4Runner you buy next?

Also, how do you feel about Electric Lime Metallic? Is this of interest to you?

Personally, I think it looks so much better in person than the press photos Toyota recently released. Electric Lime is bold and flashy, but it still somehow manages to pull a person right in.

Thanks for reading everyone. See you next story when I discuss the new 2022 Tundra iForce Max engine teased this week.

2020 4Runner wrote on June 14, 2021 - 8:38pm Permalink
I wish Toyota would offer the rest of us the option to buy the LED head lamp unit. On the electric lime green color. I wouldn't choose that color, you would old of it within 12 months max. It's a good kid color, just not on a TRD PRO.
Jim Hovater wrote on June 15, 2021 - 7:38pm Permalink
I have a 2018 4Runner TRD RX. What does the RX signify? It's 2WD, is Metallica c graphite gray, came equipped with step rails and TRD alloy wheels. It also has the blackout treatment. I'm confused about the RX. The dealer said it was a limited-run 'Predator' model.
JoeK wrote on June 16, 2021 - 12:01am Permalink
Are we going to see a hybrid 4Runner for 2022?
4Runner Owner W... wrote on June 18, 2021 - 1:53am Permalink
I guess I like the ability to get LED’s on more trims. They are indeed better. I really like the current body style and off road pedigree. To me leaving the looks the same would be fine. But I’d like to see them put the 4.6L V-8 from the Lexus GX460 tuned for better efficiency and low-end torque paired with an 8-speed transmission. That or a really good diesel. Really, I just want a little more power and much better fuel efficiency.
JerryS wrote on July 25, 2021 - 3:42pm Permalink
The 2022 4Runner really truly needs a turbo engine option. If that was offered, I would buy it instead of a new 5.7L Grand Cherokee.