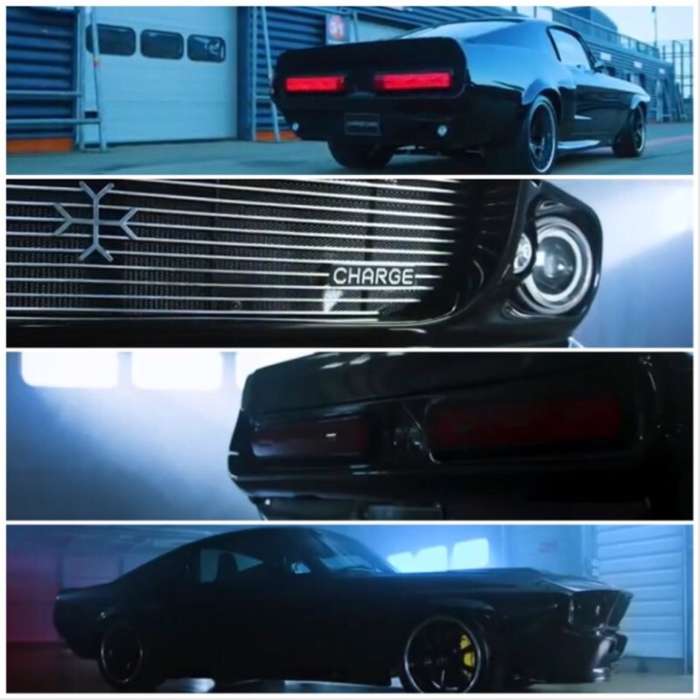 I find it pathetically sad that we are now in year 6 of the electric car revolution and Ford has yet to come out with not one of their own non-compliance full mass production BEV car. Not one. Thank God for startups, because the new British based company called Charge Automotive will make you pay just a little dearly, but you can even have a classic Mustang the way Ford would never have given it to you.
Advertisement

While Ford’s marketing research on battery electric vehicles brings them to soccer moms and crossovers to be wasting our time and theirs, the rest of the world equates cars and electricity to speed and horsepower, and startups like Charge get it, unlike Ford. So Charge is now up to the task of stepping around Ford (“pardon me please but step aside”) building the kind of Ford Mustang that we already should have seen Ford bring to the car and auto shows, that instead we depend on tuner-shops to do Ford’s job. And in the case of Charge, they’ll make pay the price, but they seem to do a fine job of doing it:

The Model S has been in production since 2008, and Tesla is about to corner the battery electric car market with a complete line of vehicles that go across most model ranges. While VW contemplates 27 different BEV models by 2022 and 50 million units in an ambitious plan, Ford still contemplates stuffing ancient PHEV technology into their pickups at their own peril. For whatever the inexcusable reasons are for Ford Motor Company not having a full production non-compliance battery electric vehicle, it has produced an industry that certainly will for them. On the luxury end of that market, Charge Automotive is a London based startup that restomod battery electrifies manufactured licensed Classic Mustangs. It does this through alliances with companies like the first to make an AI racing platform made by Roborace, EV tech company Arrival, and performance tire manufacturer Michelin.

Charge has on their team engineers who have experience either restomodding cars or building or racing them in some way. This is important, because one of the essential things to a good restomod conversion is making sure the new guts has a well put together UI screen for the electric system, something that often seems to be missing. From the restoration shop at Jaguar Land Rover, for the projects over at McLaren, and Willians F1, the team is using the finest parts made from the finest state of the art tech to electrify these cars. So this isn’t a local body or tuner shop or typical weekend in the garage build, this is a serious build you’d have to pay serious money for. When or if you grow tired of it, this car is the kind that would fetch serious money if you decided to sell it in places like Hemmings or in the DuPont Registry. And with all this tech as you would expect, this car although molded vintage, it will drive and perform like a modern car. You do get a bespoke interior to your liking and a choice of either Fastback or Convertible:

So, if you have the financial resources for only one kind of bespoke car this year pick your choice, either some kind of Bentley, or this, because it’s going to cost about the same: a setback of about $255,800 USD. Reservations can be made online with a refundable deposit of $6,400 USD. Test drives are available in all the wealthy hotspot cities around the world like New York and Dubai. And make up your mind quick because they’re only making 499 of them and it would be regrettable if you could have been the 499th, instead of being the 500th or first to have signed the sales contract after the last one was sold that you didn’t luck out.

Video peeled off YouTube from Charge Automotive
All images screenshot from peeled video.

What do you think of Charge Auto’s electric Mustang? Let us know below!