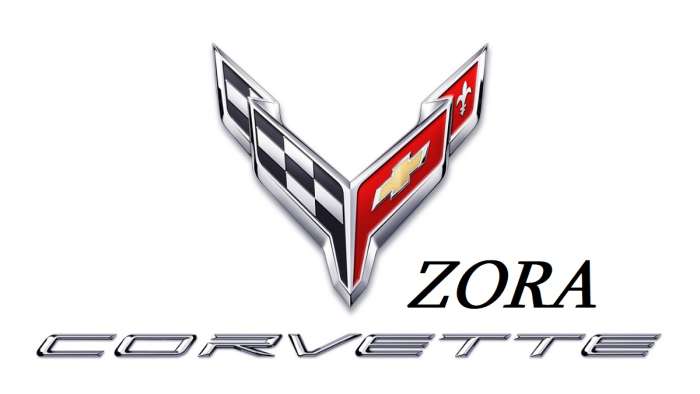 We just had the reveal of the impressive 2020 C8 Corvette, with it’s 495HP V8, and equally impressive sub-$60K starting price. Rumors are that Chevy will follow up with a Z06 version with a twin turbo V8 making around 700HP about 1 year after the new Corvette hits the showrooms. Also, there are more rumblings of an even more powerful ZR-1/Zora model with 1000HP using the Z06’s TT V8 combined with a pair of electric motors up front.
Advertisement

This Zora Corvette model could debut maybe a year after the Z06 model comes out.

Historically, nobody would have every thought that the idea of a hybrid Corvette could ever exist or should exist (Torque News wrote about a possibility of a Hybrid Corvette in 2013). But four hybrid supercars changed the rule book forever, and perhaps set the stage for a future hybrid Corvette.

3. Meanwhile, Ferrari showed their new hybrid flagship the LaFerrari at the 2013 Geneva show and production began about the same time as the Porsche 918 and P1. The LaFerrari produced 950HP, 789HP from it’s 6.3L V12 engine, and 161HP from a KERS unit which kinetically stores energy.

4. Then the Koenigsegg Regera was shown in Geneva in 2015 and went into production in early 2016 with an amazing 1797HP from it’s 1100HP V8TT and 697HP from 3 electric motors. It also uses a unique single gear “direct drive” transmission with hydraulic coupling to channel all that power to the ground.

Those were probably the supercar targets that inspired the future mid-engine, hybrid, V8TT Zora Corvette. These hybrid cars also probably inspired the latest Ferrari SF90 Stradale due out this year.

The SF90 boasts 1000HP, 780HP from a turbo V8, and 220HP from three electric motors. It should be able to run 15.5 miles on electricity alone. Earlier, Ferrari stated strongly that they would never use batteries and electric motors in any of their high performance cars, but current plans reveal that they will equip about 60% of their total production with EV drivetrains by 2022.

There was a similar turn around by Maserati, who previously never had EV plans, but now is also now committing to a strong EV presence moving forward. This change is no doubt due to the success of Tesla cars in showing that you can have super high performance, luxury cars, with economy car operating costs using EV technology.

And finally the promise of the Tesla Roadster 2, with it’s proposed 1.8 sec 0-60, and 8.8sec ¼ mile acceleration at a a $200K price, has no doubt set the European supercar builders back to the drawing board.

But for the C8 Corvette, which is similarly scaring their competition with their $60K, mid-engined, 3 sec. 0-60 time beast, it is clear that they have even bigger plans to establish the Corvette as a contender against Europe’s top high performance cars. First with the new Stingray (and convertible) this year, and soon with a twin turbo V8 Z06 model, and hopefully following with the hybrid TTV8 Zora model, crowning a new king-of-the-hill Corvette in 2022-23.

See you in the next story where I am discussing how GM could use Midengine Corvette's platform and turn Cadillac Cien a perfect EV Supercar and read our latest story discussing 2020 C8 Corvette's new electronically adjustable braking Twist.

Derek wrote on July 25, 2019 - 10:52am Permalink
I would welcome Hybrid Corvette only if it’s for performance a KERS system would be awesome. Has the motor mounted directly to the drive train instant winner?
DeanMcManis wrote on July 25, 2019 - 12:50pm Permalink
Considering GM's connection with LG as a battery supplier, a future hybrid Corvette would probably use a small battery pack like the Porsche and McLaren hybrid supercars, as opposed to the LaFerrari's KERS system. Even Ferrari's latest SF90 Stradale uses a 7.9kWh battery to drive it's 3 electric motors (one in the transmission, and two driving the front wheels). Plus GM hinted at a new battery technology due in their 2021 EV models that will cost only 30% as much as those used in the Bolt today.