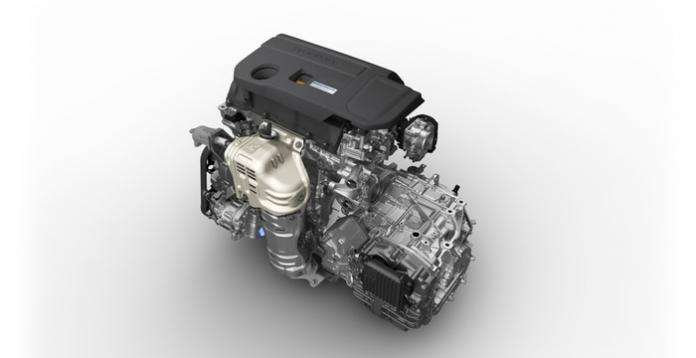 Honda's Bold Move: Turbos in Every 2018 Accord

Honda swapped both naturally-aspirated engines in the 2018 Accord for two, smaller turbocharged engines. Is there reason for concern?
Advertisement

When I think of turbochargers, recollections of poor reliability, whistling noises, power delays, specific shutdown procedures, and expensive repairs resurface from years ago. For a long time, I felt that turbochargers belonged only on 18-wheelers or in the hands of aftermarket enthusiasts who wanted to extract more power from their engines than the manufacturer intended.

Honda's First Turbo in the US

Honda's first turbocharged passenger vehicle in the US was the 2007-2012 Acura RDX that was powered by a 2.3L turbocharged inline-four cylinder engine. This engine produced 240 horsepower and 260 lb-ft of torque. The combined EPA fuel economy rating was 21 MPG for the 2WD version.

After a long, six-year run, Acura discontinued the 2.3L turbocharged engine for the 2013 RDX and replaced it with a 3.5L naturally-aspirated V6 engine that was rated at 273 horsepower and 251 lb-ft of torque. Not only was the V6 smoother, but it made 33 more horsepower, produced almost as much torque as the turbocharged four, and resulted in a 10% improvement in fuel economy. I can't help but wonder why Acura chose the turbocharged four to begin with.

The Turbo Takes a Break

A few years passed before we would see the return of turbocharged engines in Honda automobiles. After the embarrassment Honda endured with the ninth-generation Civic - particularly the 2012 - they probably thought they better do something really special for the Civic's next generation. Interestingly, Civic sales somehow remained steady despite critical reviews which to me is a testament of Honda's strong brand loyalty.

The 1.8L naturally-aspirated engine that powered most 2012-2015 Honda Civic models was adequate, but nothing more. In my opinion, the relatively short, four-year life cycle of the ninth-generation Civic served as evidence that Honda realized it had lost its competitive edge and they better make the next Civic pretty special.

Turbos Return in the 2016 Civic

Two new engines found their way under the hoods of 2016 Civic models. The first was a naturally-aspirated 2.0L engine that produced more horsepower, more torque, and better fuel economy than the 1.8L engine that it replaced. In my opinion, this 2.0L engine was all the Civic really needed given its mission as a lower-price economy car with competitive levels of power and economy.

Nothing But Turbos For Accord

Currently, buyers can still choose trims of the CR-V and Civic without turbocharged engines. With the 2018 Accord - which is potentially Honda's most important vehicle - buyers can no longer choose a naturally-aspirated engine. At least one early review put a 2017 Accord V6 up against a 2018 Accord 2.0T in an informal race and the 2.0T pulled ahead of the V6 each time - that's a good sign on the performance end.

The 1.5L turbocharged engine has been powering hundreds of thousands of Civic and CR-V models for about two years now with no major problems. Hopefully, that's a sign of things to come. I'm curious if or when we'll see a turbocharged, four-cylinder engine in the Odyssey, Pilot, or Ridgeline.

Jim Mustin wrote on August 28, 2018 - 9:05am Permalink
The proof will be not one or two, but twenty one years like my del sol SI with 187,000 miles and running just great. Short term yes but what about long term?