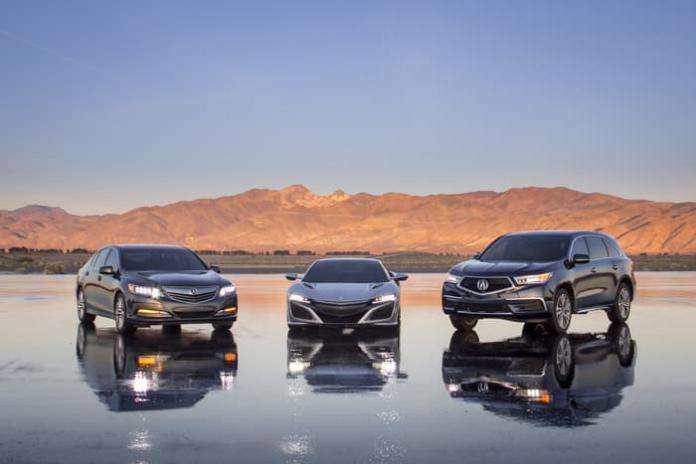 Perhaps I’m just being a worrywart, but I’m a little concerned about where Honda’s luxury brand stands. With such an impressive, new lineup, Honda seems to be getting its mojo back while Acura seems overshadowed as of late. This makes me wonder: How relevant is Acura?
Advertisement

When I reflect on the history of Honda, the 1990s stands out as a decade of timeless designs and mechanical simplicity. They were efficient, reliable, and fulfilled the needs of the masses. Although the term “luxury” may have been used in marketing materials to describe some Honda models, that moniker was better reserved for the Acura brand.

Though I’ve been a big fan of Honda products for many years, the Acura brand comes to mind far less often. As a youngster, when I dreamt of what kind of car I would drive one day, brands like Infiniti, Lexus, BMW, Mercedes-Benz, and Cadillac came to mind. I was aware of Acura, but I always interpreted the brand as being more luxurious than a Honda, but not as luxurious as those other brands.

Honda Runs Out of Steam

Something happened to Honda in the 2000s. I didn’t care for their styling direction and the cars seemed to be losing some of the qualities that made them so appealing in the past. They were losing their identity and excitement and seemed to be turning into “just another emotionless lineup of vehicles”. My first new Honda - a 2006 Accord - was perfectly reliable, but somewhat bland. My second new Honda - a 2007 Ridgeline - proved to be the most useful vehicle I’d ever owned even though I had trouble telling which direction it was supposed to be going when looking at it from the side.

I had a few more Hondas after that which were all very reliable and efficient, but they weren’t the most exciting things to look at or drive. Some recent lowlights include the 2008 Accord and 2012 Civic. Sure, they sold well enough, but I could tell something was not quite right at Honda. They seemed to be frozen in time while other manufactures were gaining on styling, features, and reliability.

Fortunately, Honda seems to have finally awakened from their decade of slumber. The last couple of years, in particular, have been very exciting. In 2015, Honda delivered an all-new Pilot with features previously only found within the Acura brand. That same year also brought us the impressive, all-new, 10th generation Honda Civic - by far the most luxurious and best-performing Civic to date. In 2016, an all-new Honda Ridgeline made a return after a two-year absence. Next up was an all-new, feature-packed CR-V. This year, the hot new Civic Si went on sale followed shortly by Honda’s highest-performing model yet - the Civic Type R. Honda didn’t stop there. An all-new Odyssey went on sale with technology and styling that make driving a minivan much less embarrassing. Honda’s latest announcement is the all-new Accord with more standard power, greater efficiency, and some of the most bold styling yet from Honda.

In case you didn’t notice, Honda has been on a roll the last couple of years with all-new designs and cutting-edge safety features and technology. With so many impressive new designs and features coming from the Honda brand, I can’t help but ask, “So, Acura… What have YOU been up too lately?”

And, Then There's Acura

Acura has the ILX, which is basically a fancy Civic; the TLX, which is a fancy Accord; the RLX; the RDX, which is a fancy CR-V, the MDX, which is a fancy Pilot, and the NSX, an impressive, but totally impractical vehicle which most of us will never be able to afford, anyway. Now that Honda have really stepped up the game with styling, features, and performance lately, it becomes more difficult to justify the purchase of an Acura over a Honda. Come on, Acura - show us what you’ve got!