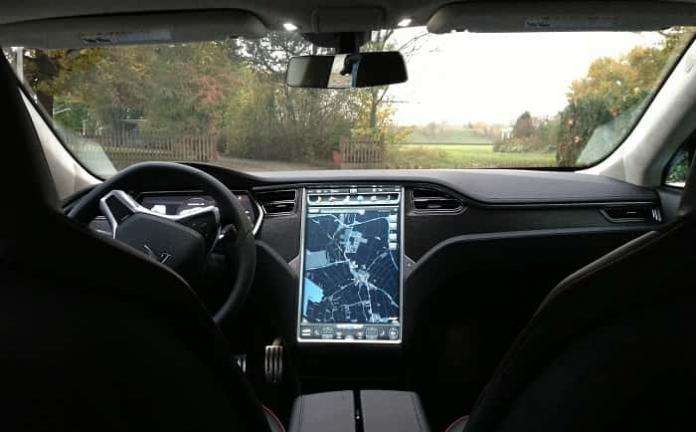 The Tesla Model S GPS Problem, and How to Fix It

Tesla Model S owners have reported a strange issue recently, the onboard GPS is getting stuck in a single position. Moving, not moving, charging not charging, the car on the GPS display never changes positions, even when the car is miles away, assumable stuck where the problem first occurred. If the owner tries to map a route somewhere the GPS begins it at the perceived point of the car and will not find the car at its actual location to properly map the route.
Advertisement

Some owners report having the issue on and off, which can likely be attributed to lost GPS signal, in which case, spend less time in tunnels and parking garages. Other owners have had the issue almost immediately after delivery, bringing it back to be addresses by Tesla so soon much be rather disappointing. Tesla thus far has been helpful in working the issue out with all their customers effected until it can be resolved.

Tesla has replaced the integrated antenna or the media control unit, MCU, for a few customers which did make their problems go away. Other owners reported Tesla resetting the MCU solving the problem, only to have it return and go through the process again. Seems like that’s just a band aid on the problem. Many are still convincing it is a software bug for a part of the computer that is not normally remotely updated and that can/will be fixed in an update to come, preferably sooner than later.

For now, it appears the best solution to the problem is to call Tesla customer support and have them remotely diagnose it. Owners should take screenshots of anything unusual in the app to show Tesla service for a faster, easier, and more accurate diagnosis. If there is a hardware fault it should be immediately obvious based on the data logs they can access from your car and will perform a hard reset when it is convenient for you to attempt to correct the problem should they believe it not to be a hardware issue.

Have you had a GPS issue with your Tesla? Did you find a quick an easy way to solve the problem without Tesla’s help? Also see Which Navigation System to Use in Your Tesla Model S for Best Traffic Experience.

john wrote on November 14, 2018 - 9:50pm Permalink
Having this same problem, erratically. On hold for an hour+ to get support on the line. I also have very weak LTE bars, and the XM is much more sensitive to obstructive views than my portable unit in my truck. Bad antenna complex?
Kim Richardson wrote on January 1, 2021 - 6:31pm Permalink
My 2015 P85D has this problem about once a year. It begins to drift on its map, then eventually freezes in place. The fixes you mentioned work for several months, then it goes bad again. It is dangerous when it's driving itself on the highway, loses it's bearings and drifts over to an adjoining side road, then it brakes suddenly, thinking it's on the other road with a much lower speed limit. We have noticed it seems to fail during periods of heavy rain. Has anyone else seen this happen with theirs, regarding rain? Anyone gotten any fixes that work, or explanations of what is going on?
Elaine Schwerin wrote on November 4, 2021 - 11:26am Permalink
In the above article, you mention to call Tesla Customer Support. They don't answer telephones any more. My problem is every time I start up the car, I must reboot in order for my naviation system to work. Why?

LG's New EV Battery Plant Is a Welcome News for Tesla
Tesla Giga Berlin's New Hurdle: It's Not Only the Gov't, but Now Tesla Itself
END_OF_DOCUMENT_TOKEN_TO_BE_REPLACED