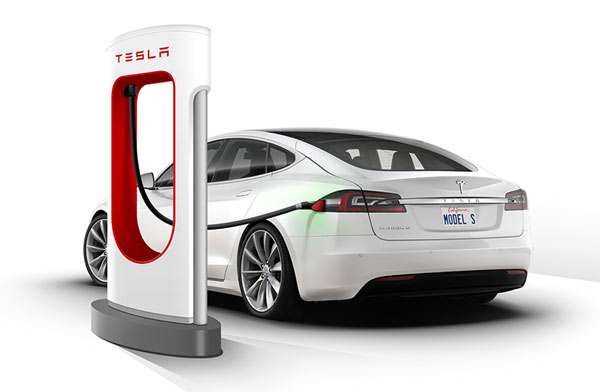 A Tesla model S owner tracked down his stolen vehicle with the help of Tesla's app and GPS tracking system.
Advertisement

If you're a Tesla vehicle owner then you have the peace of mind that your vehicle is always being tracked via GPS. The only way for anyone to take control of the Tesla vehicle is via the owner's account for key less driving via a cellphone app or with the key fob. In this case one thief stole the key fob during a burglary to take off with the car.

The car was taken from the City of Escondido, California during a house burglary, according to police reports and the key fob was used to gain entry to the vehicle. Most vehicle owners would then be starting the blind hunt for their lost vehicle, but in the case of the high-tech Tesla, the vehicle was tracked by the owner the next day to a shopping centre, in the 23000 block of Clinton Keith Road in Wildomar just north of Escondido. The white Tesla was spotted by deputies and the driver was pulled over.

'The driver was identified as Ryan Charles Barton, 29-years old and a resident of the City of Wildomar. He was arrested for possession of stolen property, and possession of burglary tools and was transported to the Southwest Detention Center for processing.' From the Wildomar Police Department press release. The thief was then booked at Southwest Detention Center where bail was set at $25,000.

Similar incidents have happened in the past with Tesla vehicles being attempted to be stolen with use of the key fob, but this does show that vehicle security is definitely increased with the Tesla vehicles. It doesn't mean that owning a Tesla vehicle is completely fool proof as shown by this example, but it does show that the likelihood of retrieving the car as soon as possible is in place, with even the owner and law enforcement working together via the cellphone app.

As vehicle security information on a Tesla becomes more widespread, the vehicles will be less likely to be stolen in the longer run which will put off opportunist thieves, but this won't discount the more high-tech carjackers out there. At the very least vehicle tracking by the owner will give some peace of mind and potentially retrieve many more vehicles than possible in the past.