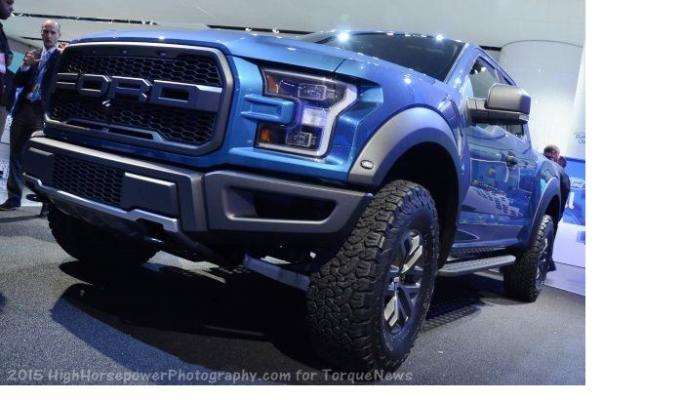 These days you see marketing hype everywhere you look, and Ford Motor Company is one of the best for every market. Ford has continued to accelerate forward in the truck market with the launch of the Gen 2 2017 Ford Raptor and the ever evolving line of Ecoboost motors. So with all of the trucks being offered in the truck lineup is there really a big difference between the 2017 Ford Raptor and the 2017 F150 Ecoboost?
Advertisement

Let's start the with the truck that started it all, the F150, and now the 2017 F150 has the 3.5 ecoboost motor. For those that don't know the Ecoboost on the V6 model has twin turbos. The motor offering in the F150 can definitely hold its own among the other players in the full size truck market putting down 375hp and 470ft-lb.

Second up is the Gen 2 Raptor which at the current time is only offered with the 3.5 v6 Ecoboost motor. Same motor as the F150 right? Nope, Ford performance has not let the people down, they have given them what they didn't know they were looking for, a H.O. Ecoboost V6 [Gen 2 Raptor only]. Putting down 450hp and 510ft-lbs making the 2017 Ford Raptor the highest horse power truck in the 2017 full size truck lineup.

Whether you have a 2017 Ford F150 or Gen 2 2017 Ford Raptor with the Ecoboost power there's even better news, You can unlock more of the hidden power the Ecoboost platform has to offer with Goodies from companies like 5 Star Tuning, Full Race, Stainless Works and CORSA Performance. Tuners, cold air intakes, down pipes, intercoolers, and cat-back exhaust kits are available, you can even put bigger turbos on the V6 and custom tuning to really bring out the full potential of your F150 Ecoboost.

Oxford wrote on July 8, 2020 - 9:24pm Permalink
You made this , did no research and you think the engines are different when the engine is the same the turbos are slightly different intercooler and suspension are better on the raptor yet you act like it’s 100% different you can make the same hp in a normal ecoboost with a tune

Tesla Giga Berlin's New Hurdle: It's Not Only the Gov't, but Now Tesla Itself
Teslas Are Sold Out Until 2023, But The Timing May Reverse
END_OF_DOCUMENT_TOKEN_TO_BE_REPLACED