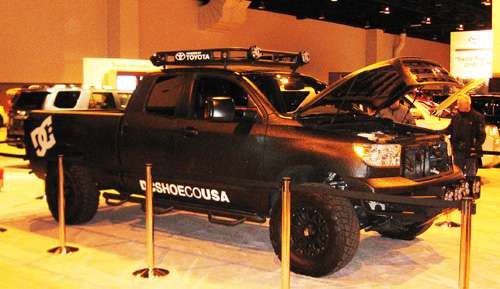 Both Toyota and General Motors released their first half sales totals for 2012 yesterday, revealing Toyota has sold 300,000 more cars than GM so far this year, marking a dramatic turnaround for the Asian brand.
Advertisement

Reportedly, both companies are more concerned with profits than global positioning, but the owners of their cars may place more emphasis on the standings than the firms.

While this is a significant victory for Toyota, given the setback caused by not only the earthquake and tsunami, but also by allegations of defective components in recent years.

On the other hand, it is not a major defeat for GM who is still on track to sell well over 9 million vehicles in the world this year.

Both companies are doing well in Asia, but GM is more dependent on European auto sales, a sluggish market at the moment due to Europe’s economic uncertainties.

The companies are using similar strategies in their efforts to boost both sales and profits, namely the aggressive redesign of their model line-ups. Toyota is in the process of 19 model introductions in just under two years, while GM is reportedly actively updating over two thirds of their lines.

According to an Associated Press story by Yuri Kageyama and Tom Krisher, GM has grown market share in China, while its big dog, Chevrolet, has recorded uninterrupted growth for seven quarters running. GM sales should rise because 70% of its U.S. models will be refurbished or all-new in the next two years, GM spokesman Jim Cain told the AP.

"We are in the early days of the most aggressive rollout of new products in our history, which will help us press our advantage in the U.S. and China and grow profitably around the world," Cain said.

Notably, GM was the world leader in auto sales for over 70 years until Toyota took the crown in 2008. GM retook the lead again last year, but it’s obvious this story if far from over.