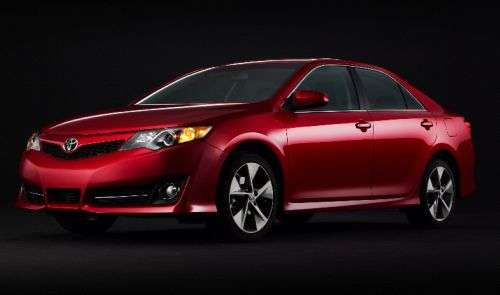 Toyota originally broke ground on the 1,300-acre Toyota Motor Manufacturing, Kentucky, Inc. (TMMK) Plant 25 years ago. Today, the nearly 7,000 American employees at that facility are closing in on the production of their 9 millionth vehicle. It is Toyota’s largest production factory outside of Japan.
Advertisement

In honor of this historic milestone, TMMK hosted a celebration in Georgetown Saturday at Keeneland Race Course featuring Fujio Cho, chairman of Toyota Motor Corp, as well as former president of the TMMK operation, former Gov. Martha Layne Collins, along with additional civic leaders from the local community and state.

Toyota has invested $5.4 billion in the operation over the years, from its inception and through several expansions, including two new plants. Today, TMMK produces Camry, Avalon and Venza vehicles, plus 4 cylinder and V6 engines, along with other components.

"It's hard to believe that it has been 25 years since we began our journey here," said Cho, president of the plant from 1988 to 1994. "I remember when we built the first Camry. Despite the uncertain future, we were excited to make Kentucky our first home for a Toyota vehicle plant in the U.S."

It was quickly apparent Toyota made a good choice building the plant. The power-train plant was announced in November 1987; just six months before the first Camry rolled off the production line. A second assembly line began producing vehicles in 1994 as demand began to rise. It is now America's best-selling vehicle for three years running.

The facility has completed 8.7 million vehicles since 1988. In addition to the nearly 7,000 workers in Georgetown, Toyota employs approximately 1,500 more at its North American manufacturing headquarters in Erlanger, KY. This establishes the company as Kentucky’s third largest private employer. In addition, 100 automotive suppliers in Kentucky employ another 9,600 workers dedicated to producing parts for Toyota vehicles.

"After 25 years together, we all know that Toyota is truly a Kentucky company," said Gov. Steve Beshear. "Tens of thousands of Kentucky families owe their livelihoods to Toyota, employed either in Georgetown or in Erlanger, or at the many dozens of companies which supply parts and services to Toyota. Over and over again, Toyota has proven to be not only a great employer, but also an outstanding corporate citizen."

Gov. Collins, who was instrumental in bringing Toyota to the Bluegrass state, agreed. "Toyota has done so much for this state; in many ways it has put us on the map. Not only does it employ over 8,000 people, but you have to consider the automotive suppliers who have moved to the state because of them. Plus, they have contributed so much in terms of helping non-profits, boosting education – their fingerprints are on so many good causes across the state."

During the celebration, TMMK donated a Georgetown-built Camry hybrid vehicle to a local non-profit and is providing four other groups with $25,000 honorariums.

Since TMMK’s inception, it has donated $40 million to philanthropic causes. Workers at the plant provide 33,000 hours of their own time annually volunteering with various charities.

"We are very proud of what we have accomplished the past 25 years, and we look forward to a bright future, said Wilbert James, Jr., president of TMMK since 2010. “This facility is not only well respected in the Toyota family, but throughout the automotive industry. There is a reason why Camry has been the leading seller in the U.S. the last nine years and 13 of the last 14 years – it is the people who work on the line, our team members who put their heart and soul into every vehicle we make. They truly are the backbone of this company."

James has risen through the ranks of the company since he began working at TMMK in 1987.