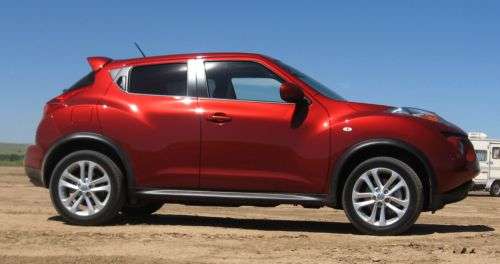 Nissan today announced their highest ever market share in Europe, breaking a 16-year old record. Following strong performances across all major markets, Nissan achieved a record in Europe nearly a full percentage point up on 2010. Nissan's previous high market share was 4.1 percent achieved in August of 1995.

The record month shows the company is on track to establish Nissan as the largest volume Asian brand in Europe by 2016.

Nissan SUVs also contributed to the record month with the Barcelona-built Pathfinder tripling year-on-year sales; the Navara pickup - also produced in Spain - up 44% and X-TRAIL up 14% with over 3,000 models sold.

Nissan's September sales were best in the UK, with more than 19,000 units sold, and Russia with over 13,000 models retailed and a 5.5% share of the market. Nissan remains the largest Japanese manufacturer in both the UK and Russia, as well as Spain.

All key markets in the region did very well compared with 2010, with France up 19 percent; Spain up 29 percent; Germany up 47 percent and Italy up 60 percent.

"Last month we performed exceptionally across our entire model range and in all our main markets. We not only broke our all time market share record, but also achieved our highest ever September sales volume, out-selling all other Asian manufacturers in the region, said Guillaume Cartier, Nissan VP for Sales Operations in Europe.

"In June when we unveiled the 'Nissan Power 88' plan we knew our ambition of establishing Nissan as the largest Asian brand in Europe would stretch everyone in the company. Although we recognize the hard work lying ahead, September's results and our performance to date in 2011 represent a strong response to that challenge. Over the coming months and years, we will continue aggressively expanding and refreshing our product portfolio in Europe, bringing even more innovative and customer-focused models to the market."

The first new model will be the innovative NV400 large van, which will expand Nissan's acclaimed LCV range when it goes on sale in Europe later this month.

Nissan is also planning to follow the NV400 with the launch of a 100% electric zero-emission small van next year, in support of Nissan's expansion plans and demonstrating the company's commitment to zero emission leadership.