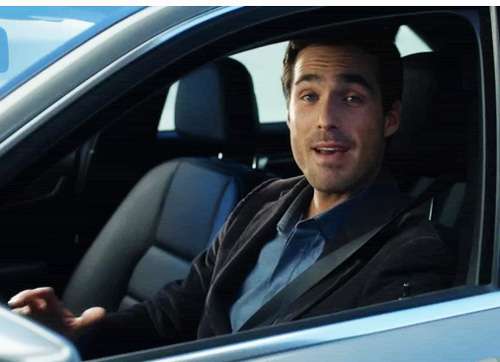 The entire Mercedes-Benz 2013 line-up will feature the mbrace2 cloud-based connectivity suite, the latest telematics innovation from the luxury brand. A related promotional campaign will impress upon potential customers how the system keeps them full engaged in their digital life while on the go.
Advertisement

The thirty-second spot is titled All From One Place and debuts today with the 2012 US Open, for which Mercedes-Benz is a presenting sponsor. Extensive digital and social media elements will support the campaign online.

It also updates software via cloud networks so mbrace2 users always have the latest version right at hand. Intelligent interface design and limited functioning ensures maximum utility without distraction when driving. As with navigation systems, certain features are not available when the vehicle is in motion.

"Now with mbrace standard across our entire lineup, all of our customers can stay connected to the information and people that matter to them," stated Bernie Glaser, VP of marketing, Mercedes-Benz USA. "With the latest generation, drivers can experience premium digital services in and out of their vehicles with the most comprehensive capabilities available in the market today. And best of all, because it uses cloud technology, they will benefit from having a system that will only get better over time."

All From One Place is a flashy spot following a young man through various scenarios, such as in a stadium surrounded by cheering sports fans, on the stock trading floor getting updates, mingling at a party, with a dinner date and lastly getting through a storm illustrating how one can navigate life with mbrace2’s seamless connectivity and apps.

After its CBS debut during The US Open, the ad will also run during the 2012 Emmy Awards on ABC, NFL games on CBS and throughout network series season premiers such as The Office, Revenge and Smash. The spot will also be featured across cable channels such as Bravo, E!, ESPN, Discovery, The Food Network, National Geographic, TNT and USA.

Much of the collateral campaign is aimed at tablet users, featured in a number of outlets covering auto, tech, business and general news, including Autoweek, Engadget, Bloomberg, CNNMoney, Forbes, The New York Times and The Wall Street Journal.
Custom sponsorships will also appear on the cover pages of both Slate and Wired.

The app suite was first introduced at the 2012 Consumer Electronics Show in January. It builds upon the current generation of safety and concierge services, with over 60 features empowering safety & security, navigation & destination planning and convenience.

The mbrace2 services can be quickly accessed within the vehicle on a smartphone (iPhone or Android) by Mobile Application or via computer through a personalized web portal. The suite made its model debut last spring in the MY13 SL-Class.

New capabilities include Travel Zones/geo-fences, Curfew Minder, Driving Journal, Speed Alerts, Valet Protect and Remote Horns & Lights - all of which give owners tools for greater peace of mind when other drivers use their pride and joy.

The new enhancements give all potential Mercedes-Benz buyers something to look forward to knowing intimately.