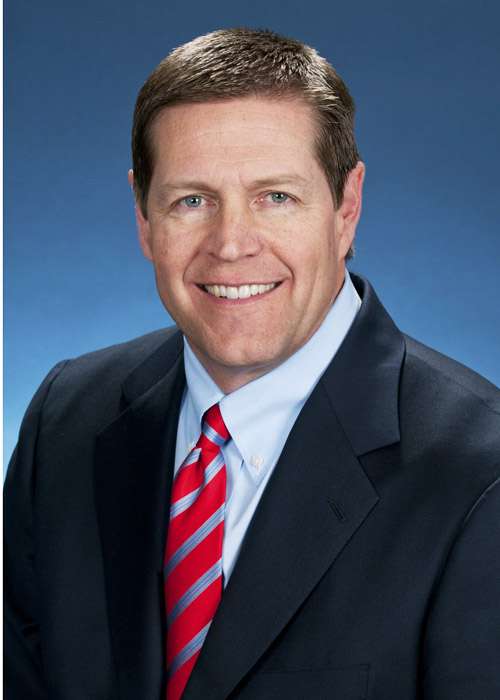 At an annual luncheon today in Las Vegas, Toyota Motor's Sales Group Vice President and General Manager for the Lexus Division, Mark Templin, delivered a speech titled A Legacy of Leadership: What Will You Leave Behind?
Advertisement

In his address, Templin talked about the industry and leadership, revealing insights and revelations about the brand, automotive trends, examples of historically significant leaders and examples of dealer dedication to their customers.

To become a leader he suggested one first must follow their heart and never give up. He correctly assumes most people involved with the automotive industry are doing just that – even automotive journalists – a result of America’s long and torrid love of the automobile.

Templin told of his own first vehicle – a 1952 Chevy Pick-up.

“When I bought it, it didn’t have brakes, couldn’t make left turns and there was a gaping hole in the floor on the front passenger side, but, man I loved that truck! he said. “My girlfriend, on the other hand, HATED it! She was so embarrassed when I first picked her up in it – luckily for me, she still married me.”

Americans love their cars so they have their pictures taken with them – can’t wait to take their friends for a ride. They buy die-cast models of their first or favorite and set them on the mantle. They are part and parcel of every aspect of our lives, childhood, school, dating, graduation, college, work, parenthood and vacations. They engage our hearts and minds, evoking passions that run very deep.

The industry itself has gone through a similar process, with many ups and downs, detours and potholes. The bankruptcies of GM and Chrysler, the current woes of Saab, or even the attempted resurrection of the Studebaker name, reported by Torque News last week, are all recent examples of the industry’s trials and tribulations.

Certainly those who have spent their lives in the automotive field have never given up against such odds. The current transition to alternative modes of power are yet another example.

“Today, there are a wide variety of choices for alternative fuel vehicles. In fact, there are more than 150 hybrids, clean diesels, electrics and flex-fuel cars on dealer lots and consumers have more than 265 choices of fuel efficient models that get in excess of 30 mpg on the highway,” Templin said.

Even more are on the way, according to the Alliance of Automobile Manufacturers.

He also said a great leader has to have a vision and be willing to take great risks. He cited the vision and leadership of Abraham Lincoln as an illustration of this concept.

Of course, Toyota’s pioneering vision of the need for hybrid vehicles in 1997 is another, along with GM's arduous delivery of the revolutionary Chevrolet Volt to market last year. Toyota is now the world’s leader in hybrid technology, while GM is still far from recovering the cost of development from the model, but it showed the company to be alive and vibrant, bringing in customers who had never even considered buying a Chevy. These are both excellent examples of the vision and risk taking necessary in the automotive realm.

Were you aware the auto industry provides jobs for 8 million Americans and brings a 500 billion dollar payroll to the table? That is second only to the Defense Department and Social Security, again based on data from the Alliance of Automobile Manufacturers.

The automotive industry expects at least 150,000 new jobs over the coming four years with sales expected to rise from 6 to 10 percent in 2012, nearing or exceeding 15 million units in 2013.

Templin’s final point on leadership revealed the current day leadership of actual dealership owners, after a salute to the exemplary career of Lord Horatio Nelson. The famous Naval officer’s heroism was the stuff of legends – those were times demanding the most of many.

In peacetime, the act of leading from the front simply requires a hands-on leader willing to get into the mix.

One such is Rick Germain of the Lexus dealership in Dublin, OH. “When one of their customers was asked if there was anything else they could do for him, he jokingly said they could shovel the snow from his driveway.”

Nonplussed, Germain tapped his sales manager and consultant and drove to the customer’s house – all three getting into the act of clearing the driveway. The customer’s wife was dismayed by these strange men in suits shoveling her drive, but it all worked out in the end. That is now a loyal customer thanks to Germain willingness to lead by example.

“Claude Segard, a Lexus service manager in Grand Rapids, Michigan got a frantic call from a customer that was stranded at the airport,” Templin continued. “The customer had brought his car in for service and asked the team to deliver the car to the valet at the airport. The problem was he gave the wrong date for his return.

Since it was after midnight all the airport services were closed. He couldn’t even get a taxi – he was stuck! So, without hesitation, Segard got out of bed, picked up his customer and brought him to the Lexus store to get his car.”

That kind of dedication to your customers is what builds a reputation and the community’s respect. Could be a lot of dealers, business managers and entrepreneurs could benefit from Templin’s address.

“There is absolutely NO doubt in my mind that TOGETHER, with our love of cars, our boldness of vision and our willingness to lead from the front,” Templin remarked in closing. “We ARE writing history and leaving a legacy that will endure the test of time.”