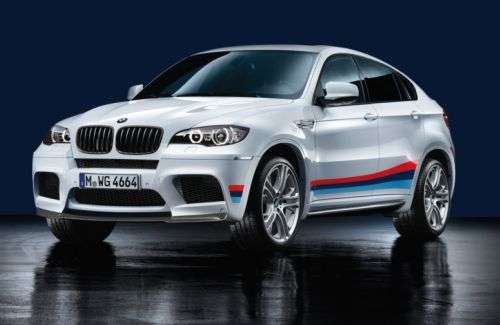 BMW is bringing six world debuts plus one European and one German debut to the 2011 Frankfurt Auto Show this week - in the second largest metropolitan center in Germany nestled along the Main river.
Advertisement

As you probably know by now BMW i is the name given to the brand’s vision of vehicles and mobility services, inspirational design and reinterpretation of the premium concept, with a strong commitment to sustainability.

The BMW Group is taking what they refer to as a holistic approach to the BMW i Series. The BMW i3 Concept, known as the Megacity Vehicle during development, will be the first purely electric production car within the group’s portfolio. The BMW i8 Concept is the latest generation sports cars – progressive, intelligent and innovative. A unique plug-in hybrid design combines an internal combustion engine with an electric drive, resulting in an exceptional driving experience while producing extremely low fuel consumption and emissions.

The second generation of BMW’s acclaimed 1 Series will also be revealed, featuring increased legroom and significantly improved driving comfort. The unique to this class rear-wheel drive and four-cylinder engines with BMW TwinPower Turbo technology ensure outstanding drivability. The sporty, elegant design and the new BMW Lines range, enabling targeted customization of the vehicle, help create a particularly expressive appearance. Another unique aspect in the compact class is the wide range of BMW ConnectedDrive systems, including new information systems such as the Speed Limit Information System with No-Passing Info and the Lane Departure Warning System with Collision Warning, now available in the BMW 1 Series for the first time.

The new BMW M5 combines the drive and suspension of a high-performance sports car with the serene presence of a premium segment executive sedan. The new V8 engine equipped with an M TwinPower Turbo generates a peak output of 560 hp with a maximum torque of 680 Newton meters. These raring-to-go horses are driven through the seven-speed M double-clutch Drivelogic Transmission to the rear wheels, where a new Active M Differential delivers the ideal distribution of torque, even on rough terrain. Average fuel economy of the new BMW M5 is 9.9 liters per 100 kilometers in the EU test cycle (EUTC) – a significant improvement over its predecessor.

The BMW 5 Series returns with an upgraded, extended range of engines. New gas and diesel engines with BMW TwinPower Turbo technology, the introduction of the Auto Start Stop feature on additional models with automatic transmission and Driving Experience Control including ECO PRO mode as standard equipment on all four- and six-cylinder models ensure relatively fuel-efficient sportiness.

The BMW 520d EfficientDynamics Edition has an output of 184 hp, sips fuel at 4.5 litres per 100 kilometers (EUTC) and CO2 emissions of 119 grams per kilometer. In addition, new four-cylinder gas engines with BMW TwinPower Turbo technology have been introduced for the BMW 520i and BMW 528i.

The BMW X have done well in the market and new engines for the BMW X 1 and the BMW X 3 should reinforce their popularity. The BMW X1 sDrive20d EfficientDynamics Edition breaks records and sets new standards in the reduction of fuel consumption and CO2 emissions. Powered by a 163 hp diesel engine, this model has an average fuel consumption of 4.5 litres per 100 kilometers in the (EUTC) and CO2 emissions of 119 grams per kilometer.

The European debut of the new BMW 6 Series Coupe brings three engine variants – with XDrive intelligent four-wheel drive available upon request. BMW will also present additional model versions of the new BMW 6 Series Convertible. In addition to a V8 and a six-cylinder inline engine with BMW TwinPower Turbo technology, both models now also have a 313 hp diesel unit available. The efficiency is underlined by an average fuel consumption of 5.4 to 5.5 litres per 100 kilometres (EUTC) for the BMW 640d Coupe and 5.6 to 5.7 litres for the BMW 640d Convertible (depending upon the tires selected).

The German reveal of the BMW TwinPower Turbo technology on gas engines ensures a strikingly more spirited performance while significantly reducing fuel consumption and emissions. Two members of the new generation of four-cylinder gas engines are now available for the BMW Z4 Roadster. The 2.0-litre power units in the BMW Z4 sDrive20i and the BMW Z4 sDrive28i deliver 184 hp and 245 hp respectively. Both engines can be combined with the first eight-speed automatic transmission available for the BMW Z4 as an option.

Tesla Contemplates A New Strategy for China Retail even As Sales Boom
Jay Leno on Elon Musk & EVs: “I Think He Should Get ... Credit"
END_OF_DOCUMENT_TOKEN_TO_BE_REPLACED