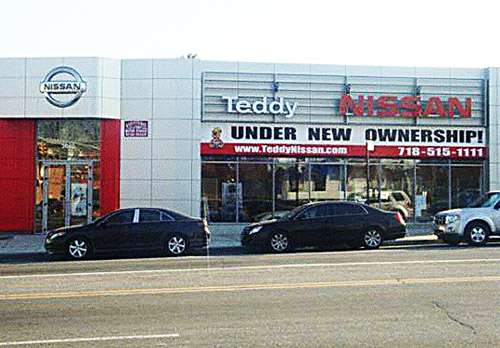 Two New York entrepreneurs took over a Nissan dealership site in the Bronx during 2009 that had been closed for over a year. Since then, Ted Bessen and Steven Risso have turned the showroom into the top Nissan dealership in the Big Apple, creating 80 much-needed jobs in the beleaguered borough in the process. This dynamic duo has recently added a VW dealership a few blocks away to their holdings, with plans to boost the business in a similar fashion.
Advertisement

"We believe Volkswagen to be a brand on the move," said Risso, who acquired the Volkswagen dealership with Bessen on November 3rd. "Volkswagen has an aggressive plan to become the #1 manufacturer in the world over the next few years, and part of this strategy is to increase market share in the U.S. The plan includes competing in the world's largest segment in the U.S., going head-to-head against the Camry and the Accord."

Their plan is backed by VW’s opening of a plant in Chattanooga, TN to build the Passat for the North American market, employing roughly 2,000 employees to fabricate initial runs of up to 150,000 units per year.

"The Volkswagen Group has finally arrived as a local manufacturer in the United States,” stated VW AG chairman Martin Winterkorn at the opening in May. “We are proud to be part of this great automobile nation as a producer, an employer and as a friend and good neighbor to people in the region."

It does no harm the 2012 VW Passat has been named as Motor Trend’s Car of the Year either.

The dealerships are operated under the names, Teddy Nissan and Teddy Volkswagen, and their success is remarkable during an economic downturn in a city where many are so acclimated to public transit they will never own a single car during their entire lives.

"The store is also directly across the street, so it is a perfect location to enjoy economies of scale," he adds.

"The general strategy is the same as any other business," says Bessen. "That is, to have a strong foundation centered on customer satisfaction and ensuring the entire team understands these goals."

It's the same recipe they used to resurrect the Nissan dealership. For now, the team consists of 40 employees, with expansion expected, if Teddy Nissan's success can be recreated with VW. Teddy Nissan opened its doors in August 2009, to a 14 percent unemployment rate in the Bronx. Their first dealership improved that outlook by 80 jobs or more.

"We look for experience, friendliness and the ability to want to learn and be proactive in the position," explains Risso. "There are a lot of skilled people who live in the Bronx who happen to be out of a job. These are people who are eager to work, and who are extremely motivated to do the best they can. They just need the opportunity."

"Our immediate goals are to capitalize on the success of Teddy Nissan and hit the ground running,” he added. “We plan to be selling 100 cars a month within the first few months."

If they can repeat their own history, Teddy Volkswagen will be the top VW dealer in NYC within two years.