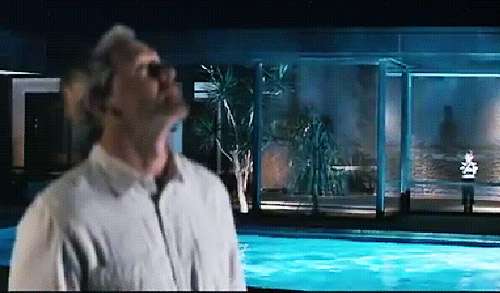 Last month, Audi reported their 17th month of consecutive U.S. auto sales increases, while they are enjoying similar success in China as well. While this was going on, in the English speaking world (and beyond) a YouTube video titled Alien has built a following and resulted in an enhanced Buzz score.
Advertisement

Buzz score is the definitive measure of brand recognition and regard and Audi’s levels were revealed today in a post by Ted Marzilli on Forbes. Marzilli is the senior vice president and managing director of BrandIndex, so such variables are just his cup of joe.

The Alien video ran as a television ad and was also posted on YouTube where it has garnered nearly a quarter million views. Following the video's release on May 14, the brand has enjoyed a rapidly elevating Buzz score – very similar to the way the 2012 Audi A8 climbed the mountains outside of Evergreen during last year's Rocky Mountain Driving Experience.

At the beginning of May, the automaker ranked a mere 5 among those planning to buy a car within the next 12 months. By the end of May, Audi had risen to a score of 21, even outpacing the score of the Car Makers Section of the index of brand recognition and respect.

This could be interpreted to say more people are aware of Audi than the simple fact automakers exist – but surely that can’t be so. Rather it means those surveyed have a higher regard for Audi than they do for automakers in general and that can only turn into sales for the brand.

In the spot, a precocious young girl, with a vivid and mischievous imagination, imagines her father to be an alien from outer space because he gargles blue stuff in the morning, before downing a curious mixture resembling green pond scum, stares at the sky at night and drives a vehicle far to technically advanced to be a mere automobile – a brilliant example metaphysical conceit for the Audi A6.

So the success in the U.S., coupled to booming sales in China that tend to offset a home slump – due to the stagnant European economy – are keeping the German automaker near the top of the luxury car segment. Of course that’s where they are in the YouGov BrandIndex Buzz score.

Given the chance to drive the Audi R8 V10 and R8 Spyder during this week’s Rocky Mountain Driving Experience, we can hardly wait to see what all the Buzz is about.

Torque News will keep you posted.