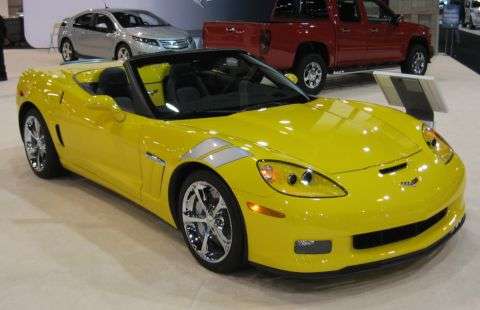 According to TrueCar.com, the three brands with the highest percentage of female buyers are MINI, Kia and Honda. Nearly half the sales of these relatively fuel-efficient brands are to women. Men gravitate towards models and lines like Porsche, Corvette, BMW M3, Audi S5 and big powerful trucks.
Advertisement

According to sales records for 2010, women’s taste in vehicles made the following their top 10 choices: Volkswagen Beetle, Nissan Rogue, Volkswagen Eos, Volvo S40, Jeep Compass, Honda CR-V, Nissan Sentra, Hyundai Tucson, Toyota RAV4 and Toyota Yaris. In those models, women bought over 50 percent of units sold in 2010. There were fifteen brands with a female ratio over 40 percent in both 2009 and 2010.

In contrast men buy over 90 percent of exotic luxury or sports cars such as Ferrari, Lotus, Lamborghini, Maybach and Rolls Royce, compared to 2009 when there were six brands.

However, the fact that in 2009 Bugatti and Aston Martin were on that list shows these are statistical tendencies rather than empirical absolutes.

None of this explains why a significant number of women who buy Porsches pick Boxsters.

Almost everyone remembers the currently notorious Charlie Sheen (as Charles Francis Harper on Two and a Half Men) telling his brother Alan (Jon Cryer as Alan Jerome Harper) that, “It’s a chick’s car,” when he bought a Boxster.

A pundit identified only as Jinster on 986Forum.com perhaps explained it best by stating, “The Boxster is a very good looking convertible - and more women would prefer to have pretty cars over V8s with nostrils on the bonnet.”

When you look at it that way, it tends to bear out what TrueCar.com is saying – women prefer pretty and relatively practical even when they do select a powerful car.

Men like style, but tend to revel in adrenalin and testosterone producing power and speed.