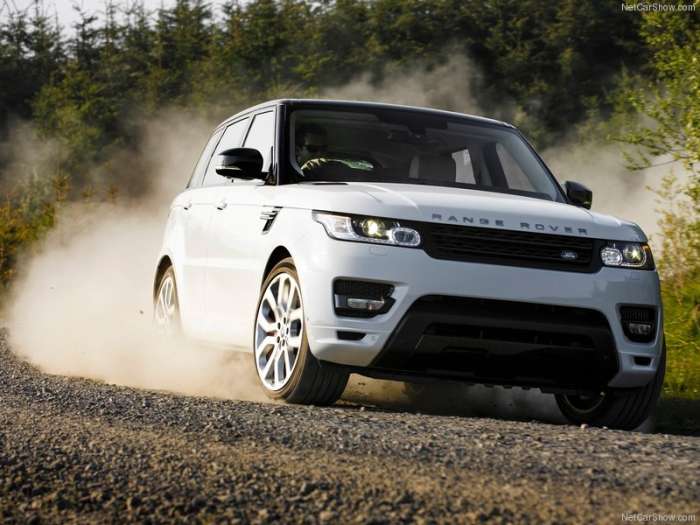 Volkswagen's recent emissions scandal may have called the future of diesel into question, but don't expect Jaguar Land Rover to drop diesels from the lineup. They're here to stay.
Advertisement

Ever since the news broke that Volkswagen had programmed its TDIs to cheat emissions, it’s been hard to figure out what the future of diesels in America looks like. Add in a growing number of relatively affordable electric vehicles, and the outlook gets even cloudier. But as far as Jaguar Land Rover is concerned, diesels are here to stay.

In fact, according to Wards Auto, diesels won’t simply remain a part of the Jaguar Land Rover lineup. They’re an important part of the automaker’s plan to grow sales in the United States, especially for Land Rover.

So far, it appears that Jaguar Land Rover’s diesel push is paying off. For the Range Rover and Range Rover Sport, diesel reportedly accounts for about 15 percent of sales. “We’ve had great success, and there will be diesels on future vehicles, as well,” said North American CEO Joachim Eberhardt told Wards Auto.

Part of the appeal for Jaguar Land Rover, of course, is that diesel sales help it meet emissions standards. That then allows the British automaker to sell the awesome cars it’s known for. Regardless of your opinion of diesels, anything that helps a company sell vehicles like the Jaguar F-Type R and the Range Rover Sport SVR sounds great to me.

For people who don’t need something with such high performance, the fuel economy a diesel provides is definitely a plus. Gas may be cheap these days, but a lot of consumers are still wary of gas guzzlers. Plus, the increased range a diesel provides means less frequent fill ups.

“What I do know is that customers appreciate fuel-economy improvements,” Eberhardt told Wards Auto. “They are looking for better fuel economy and we will continue to work on delivering that by taking weight out of the cars. That’s why all of our vehicles are going to aluminum-intensive or all-aluminum structures.”

Of course, it’ll probably be easier to convince customers to go with a diesel Range Rover than a diesel Jaguar. The low-end torque improves towing, which benefits SUV owners, and in the Range Rover Sport, at least, you can barely tell it’s a diesel. The Jaguar XF, on the other hand, sounds a lot less refined than its SUV cousin. And with nothing to tow, the biggest appeal is how long you can cruise down the highway without stopping.

On the other hand, diesel enthusiasts are a loyal bunch. If they can’t get their TDI fix from the Volkswagen group, they’re likely going to find another automaker that will give them what they want. For those buyers, JLR’s commitment to diesel could end up being invaluable.