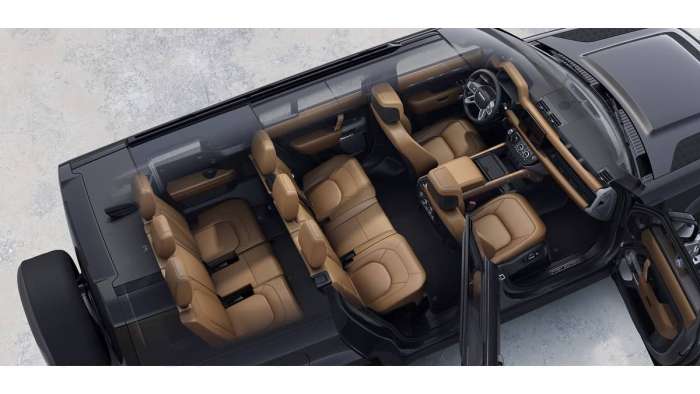 Those wishing the Land Rover Defender was a bigger vehicle have their prayers answered.
Advertisement

Land Rover has just introduced the new Defender 130. This new model adds to the Defender 90 and Defender 100 models already in production. The Defender 130 is a three-row SUV with full-size seating in all three rows. 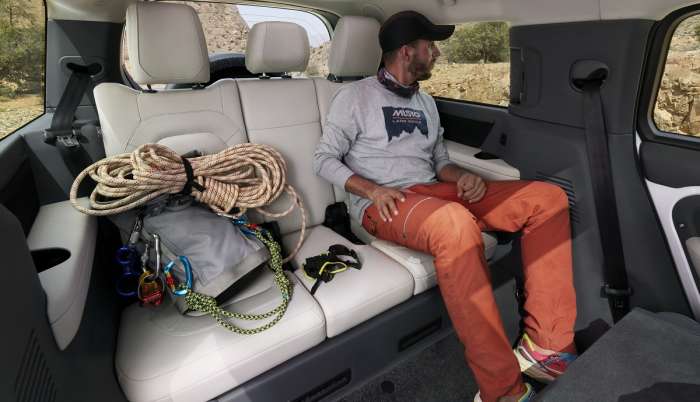 The Defender 130 is laid out in a 2+3+3 layout and can seat eight adults. As you can see from these images, the Defender 130 offers ample space for adults in each seating position. “New Defender 130 brings a new dimension of capability to our most durable and rugged family of vehicles,” said Nick Collins, Executive Director, Vehicle Programs, Land Rover .“Its spacious interior welcomes and transports up to eight people in supreme comfort, enabling unparalleled sophisticated adventuring opportunities for families, with unique design signatures to create a distinct New Defender Experience.”

The Defender 130 doesn’t sacrifice off-road capability in its expanded size. Every Defender 130 comes with Land Rover’s Intelligent All-Wheel Drive (iAWD) system and eight-speed ZF automatic transmission as standard. The iAWD technology manages the powertrain and power distribution between the front and rear axles, optimizing on-road efficiency and also all-terrain capability. Air suspension adds to the Defender 130’s already impressive ground clearance of nearly a foot. The vehicle can ford nearly three feet of water. Both gas and hybrid engine options will be available. Max towing is a whopping 8,200 pounds. 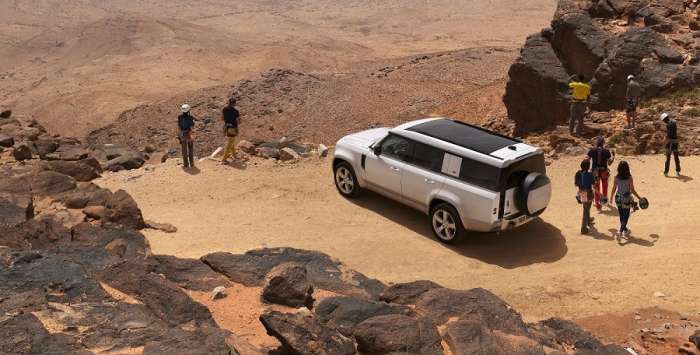 The New Defender 130 is available in S, SE, X-Dynamic SE, and X specifications, in addition to a First Edition. The Defender 130 starts at $70K and the Land Rover configuration tool is now in operation on the company’s website.