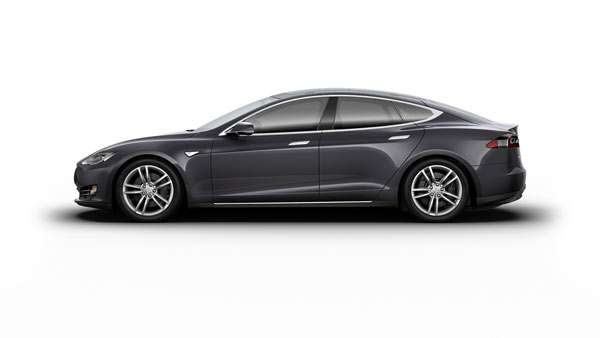 Now may be the time to consider a used EV vehicle in the form of a Tesla Model S if you are looking for a somewhat affordable long range electric car.
Advertisement

This almost sounds like a sales pitch, but those in the market for an electric vehicle which has decent range may want to consider one that is a few years old, rather than brand-new. Prices are coming down all the time and driving range going up, which means early adopters want the latest and greatest, with quite a few now on the second-hand market.

You can always plump for a Chevy Bolt or Volt, Nissan Leaf or similar, but the Tesla Model S just has that extra special something and buying only a few years old can be very cost-effective. You only have to jump on the likes of eBay and find 2013 versions going for $40-$50,000, depending on the model. Websites like Auto Trader and Tesla's pre-owned website are good starting points to find a reasonably priced vehicle.

If you buy from Tesla's preowned program, you get the benefits of their CPO warranty which can be passed on to the next owner. It covers you up to 50,000 miles, starting from the original purchase of the car. You also get a full inspection and 24-hour roadside assistance.

Considerations
The use of superchargers was changed by Tesla this year, which meant that new models only had 400 kWh/1,000 miles of supercharging every year. Anything above that and there is a small fee to pay. Older vehicles have unlimited use of the superchargers, which stays with the vehicle making older models are worthy buy. The size of the battery and motor along with included options is also a factor.

Early Tesla models had reports of poor resale values and reliability issues regarding things like the air suspension and batteries, but this can really only be directed now at the earliest models. The one thing to consider is replacement parts and repairs can be expensive.

The battery life on the Tesla is one of the big considerations, so it's wise to ask questions about the range of the vehicle and what weather conditions the vehicle has been used in, especially buying from a third-party website or private owner. Battery life can be affected by hot weather and regular hundred percent charging. Just like any battery-powered device, the battery will degrade over time, but with care the Tesla's battery pack should last for many years.

If you are on the market for an EV vehicle, then it may be worth just scanning the listings for used Tesla Model S's. You never know, picking up the right one could save you in the long run.