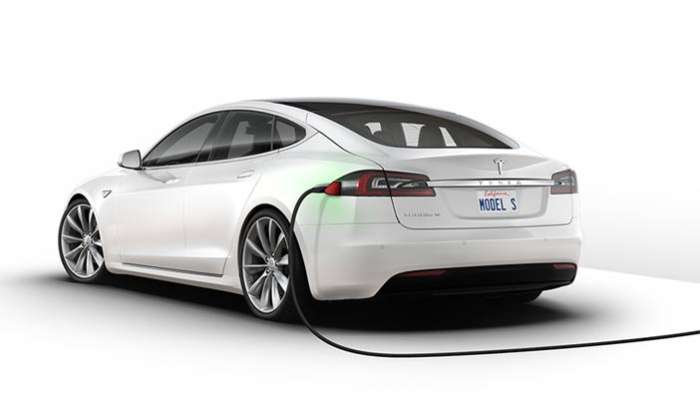 The Tesla Model S is now the fastest production car in existence, having hit a 0-60mph time of 2.28-seconds in Ludicrous mode.
Advertisement

Tesla seem to be not just pushing the envelope when it comes to electric and environmentally friendly vehicles, but also in the performance stakes which is a true rarity in the automotive world. Elon Musk, Tesla's CEO tweeted the new record as documented by Motor Trend and the original test saying that the 'Tesla Model S P100D does it best, reaching 30, 40, 50, and 60 mph from a standstill more quickly than any other production vehicle we've ever tested. In our testing, no production car has ever cracked 2.3 seconds from 0 to 60 mph. But Tesla has, in 2.275507139 seconds.'

The new record beating functionality came from Tesla's 'Ludicrous+ mode' which is an update to their P100D model earlier in the year, but the mode also had some controversy from some owners when they found out the amount of times it could be used was limited. Tesla responded about this point saying that it was to conserve the vehicle's hardware and to make sure range wasn't vastly reduced from the constant use of the mode which could quickly drain the batteries.

But back to record-breaking antics, the record-breaking test says that the full weight of a Model S P100D of 5,062 including driver in full Ludicrous Easter-egg mode creates a jerk reaction probably impossible to copy on normal tires 'at a mid-$100,000 price point.' The Tesla can do 0-30mph in 0.05 seconds, just faster than a 911 Turbo S at 0.92 seconds. Both a Tesla Model S and a 911 Turbo S Can hit the quarter-mile mark at 10.5 seconds, but after this point it's where traditional gasoline powered vehicle's make up the difference, with a Tesla at the quarter-mile point doing 125 mph and the Porsche 131.8mph. However, if you want to just concentrate on 0-60 times, the Tesla wins out every time.

The test data also shows some interesting comparisons with the Tesla Model S lined up against the likes of a Lamborghini Aventador, Nissan GT-R Track Pack and Audi R8 V10 Plus. If you want the quickest off the line times at the moment from any vehicle, it seems the Tesla Model S is the current clear winner.

The test also give you a rundown of how you can go ludicrously quick in your own P100D. The main features are needing the latest v8.0 release 2.52.22 firmware release, a safe closed track of some sorts and the only other special features will possibly be a helmet, neck brace and a spare pair of pants.

With the Model 3 coming out possibly at the end of the year at a more competitive price point, battery technology increasing all the time, along with hardware and software development, you can bet the electric vehicle market will start to show more record beating times moving forward and showing the super and hyper car market a thing or two at the same time.