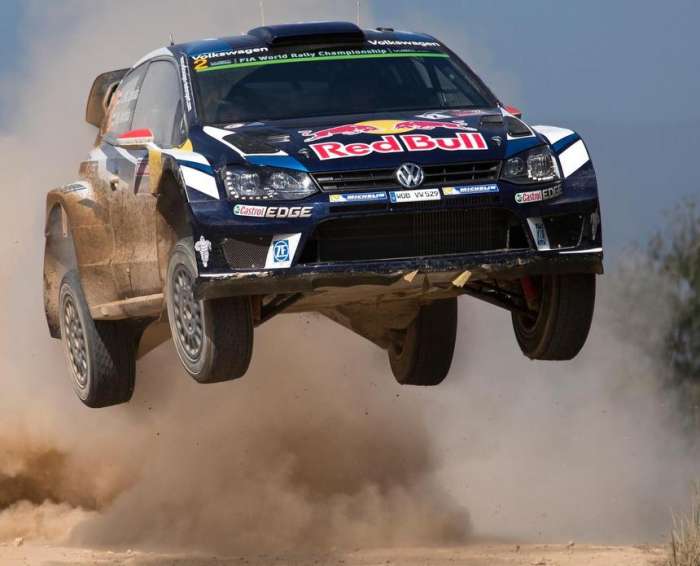 It was a classic ending for Volkswagen as it bowed out of FIA World Rallycross Racing Sunday. A pair of Volkswagen drivers, running hard, held off repeated challenges by their teammates to win the 2016 WRC Rally Australia.

Volkswagen, as part of its effort to pare costs, has cut back on all of its racing efforts, even racing series it has dominated like the WRC and the World Enduro Championships through Audi.

In its WRC finale, the team of Andreas Mikkelsen and Anders Jaeger finished up VW’s campaign with another win. Driving their Polo R in WRC’s 52nd rally, the race turned into a hard-fought battle with Sebastien Ogier and Julien Ingrassia, teammates, driving in the number two Polo R.

The third factory works team of Jari-Matti Latvala and Miikka Anttila ran into some trouble at the start of the rally. Their Polo R suffered a damaged suspension in a small dust-up with a bridge barrier. The incident cost them seven minutes. However, they clawed their way back into the points, finishing ninth.

The real story was the battle that Mikkelson and Jaeger faced from Ogier and Ingrassia. Facing extreme dust and a thick layer of loose gravel that kept drivers fighting to hold their lines, the teams battled almost wire to wire. Mikkelsen and Jaeger led nearly the entire race with Ogier and Ingrassia nipping at their heels.

In the end, thanks to intelligent tire management, Mikkelsen, and Anders took first place with Ogier and Ingrassia finishing number two. Both finishes came despite relatively poor starting spots. The winning duo led the field for 94.1 percent of the 283.36 km that they raced against the clock.

Sven Smeets, Volkswagen’s motorsports director, had a bittersweet comment after the weekend of racing was completed. “Today is a very successful day for Volkswagon on the one hand, and an emotional goodbye to the world rally championship on the other. To bid farewell with a one-two is simply fantastic. Despite the difficult situation, the entire team gave their all and was thoroughly professional right down to the final meter. I am incredibly proud of our performance here at the Rally Australia – and over the past few years. I would like to thank everyone in Hannover, Wolfsburg and at the rallies, as well as our partners, who have all contributed to our success.”