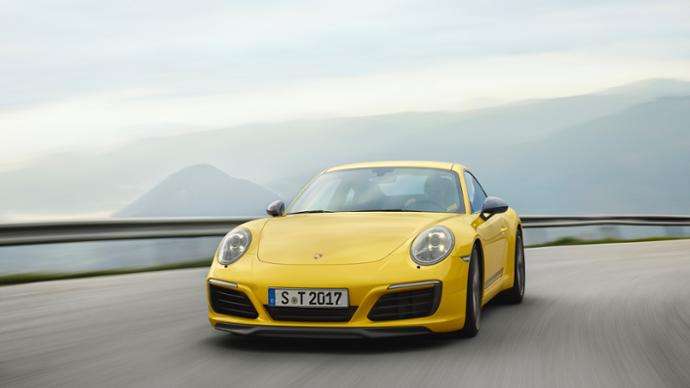 Porsche rode into October sales on a high note with a record September. The automaker then moved to October where it continued its sales success with its 9th record month.
Advertisement

Porsche has been a winning automotive marque for many years. Variations of the 911 have been in the winner's circle any numbers of time, and specialty race car designs have made their mark in the history of competitive auto racing.

Therefore, when Porche refers to the finish line in its monthly sales announcement, it makes all the sense in the world. October is the month that Klaus Zellmer, president, and CEO of Porsche North America, had in mind when he told an interviewer that October was “our ninth record month this year as we approach the finish line for 2017.”

Zellmer can be forgiven his breathless hyperbole. October’s sales performance supported his words. Porsche scored a 4.6 percent sales increase in October versus last year. And, on a year-to-date basis, deliveries are up 2.7 percent.

For October, the 911 and Panamera sports sedan managed to steal the show. Sales of the 911 – 691 units – increased a remarkable 55.6 percent when compared to last year’s figure. And, Panamera’s year-over-year increase was 118.3 percent. Porsche delivered 644 Panamera sports sedans in October.

Porsche’s compact crossover Macan had another successful month with 1779 delivered. On a year-to-date basis, Macan sales were up 16.3 percent.

Meantime, Boxster sales were roughly the same as last year, while sales of the Cayenne were equal to last year at 1,202.

Porsche’s strong Certified Pre-Owned (CPO) helped move the sales meter in the right direction as CPO deliveries were at 1,658 vehicles. The figure represents a 26.7 percent delivery increase over last year. Year-to-date, CPO deliveries are up 10 percent with 15,208 sales in October.

A look at Porsche’s year-to-date sales

On a year to date basis, here’s a look at Porsche’s October results: