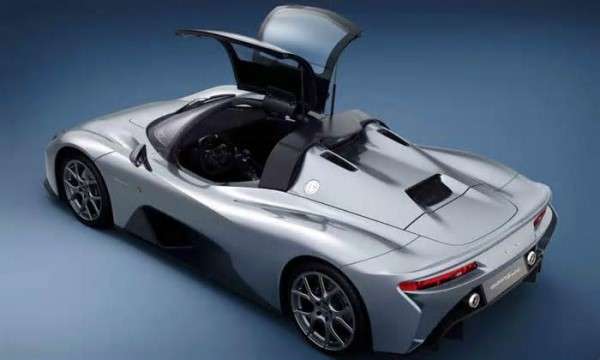 Lotus-inspired Stradale is modern take on a driving classic

Tiny Dallara Automobili has moved ahead rapidly with plans to deliver up to 600 lightweight carbon-fiber racecars that were inspired by Lotus.
Advertisement

With an order book that is a bit over 16 percent full, specialist Italian racecar maker Dallara Automobili has shown its first street-legal roadster, the Stradale. Inspired by the work of Colin Chapman and Lotus, the lightweight two-place – the name for a street in Italian – is said to fulfill two promises:

How reasonable is “reasonable?”

Of course, the word reasonable depends on how you view it. For those buying the Stradale, reasonable may mean the $160,000-plus price; while for the rest of us, it is more like $20,000.

With that said, though, Dallara has already booked nearly 100 sales with the first four delivered. Among the first buyers, former Formula One drivers Jean Alesi and Paolo Barilla, have reportedly bought two, and Fiat Chrysler Auto CEO Sergio Marchionne was reported to have indicated he wanted one last year. However, according to a story in Automotive News Europe, there has been no indication he provided the $60,000-plus deposit, and Dallara declined to provide information.

Dallara plans a 600-unit run of the Stradale. And, given its current sales rate, they will sell out quickly. “Even before a private preview, we had already sold 45 units, simply by word of mouth,” Andrea Pontremoli, chief exec, said in an interview. He joined Dallara 10 years ago after a stint at IBM Italy.

Giampaolo Dallara founded the automaker that bears his name 45 years ago. The Italian businessman and aeronautical engineer opened the doors in 1972 after working for Ferrari, Maserati, and Lamborghini. He was the father of the legendary Lambo Miura. Dallara’s wish, since then, has been a street-legal, lightweight sports car along the lines of the Lotus 7. He received his dream this week as he took possession of the first Stradale, an 81st birthday present.

Inspired by the work of Colin Chapman, founder of Lotus, whose sports cars set the mark for lightweight, roadable drives as long ago as the 1950s, Dallara admired Chapman’s work since work began on the famed Lotus Seven lightweight roadster. “I like to think that Colin Chapman if he was still around, would appreciate the essentiality and simplicity of this car,” Dallara told an interviewer Thursday after he received Stradale No. 1.

Captures the Lotus 7 spirit – its aim

The Stradale captures the Lotus 7’s spirit. Weighing in at 1,881 pounds, the lightweight Stradale offers a view of the 1959 Lotus 7. The 400-hp Stradale nearly offers a 4-pound to 1 horsepower weight-to-horsepower ratio. The figures are quite similar to the 1957 Lotus 7.

The Stradale’s acceleration is in supercar territory as it zips from 0 to 62 mph in 3.45 seconds. The top end is 174 mph in standard configuration. An optional rear wing improves downforce and on-track handling as it provides more than 800 kg of downforce. Given that type of downforce, there is a tradeoff, and it is top speed. Adding the wing whacks the racecar’s drag coefficient and reduces its top speed to 159 mph.

Production of the Stradale began this past summer following the expansion of Dallara’s work area. The workshop can now handle 10 units per month. Dallar’s total yearly output is 120 units. The Stradale is type-approved in the European Union, Switzerland, and Japan. U.S. buyers will only be able to obtain it from the factory as a track-only car. To be used on the street, the Stradale will need type-approval.

The automaker honed the racecar’s aerodynamics on its in-house wind tunnels, using them in parallel with virtual simulation. “The Stradale’s aerodynamic efficiency is 2.1,” said CEO Pontremoli. The automaker also used the professional teams it works with to help tweak the design of the Stradale. Private teams run many of the more than 250 racecars made each year. The teams compete in Formula One, Formula 3, Formula E, Indy Car and Indy Light and Le Mans Endurance.

Stradale won’t be a big moneymaker

The Stradale won’t be a big moneymaker for Dallara. Each investment just about covers its cost. Stradale’s designer, Lowie Vermeersch, said the aim was a back-to-basics sports car. “We created the cleanest possible design,” he said. Vermeersch is a former designer with Europe’s premier design house Pininfarina. He runs his own company now, Granstudio.

Among the add-ons Stradale buyers can add are:

Powering the Stradale is a refurbished Ford Ecoboost 2.3-liter four. Among the changes are a new valvetrain and larger turbo for more power. It uses a Robert Bosch engine management system, developed for the car.

With Thursday’s deliveries, Dallara Automobili can say Stradale’s 1-4 are on the ground. Chassis No. 1 went to Dallara; No. 2 was for Pontremoli, Nos 3 and 4 went to two private customers.