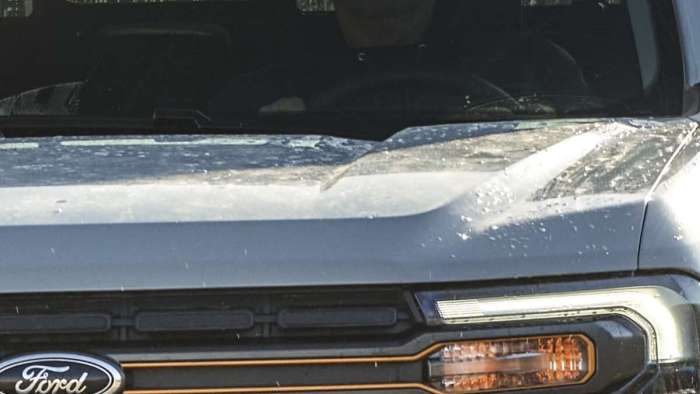 Like Its Other Trucks, The Maverick Shows Ford Truck Flexibility

Ford has history of finding, creating, and dominating market segments. Through the years, it has jumped into the small truck space with the Courier and later into the midsized truck arena with the Ranger. The automaker left the compact truck market for a while but now has rejoined it with the Maverick. And, now Ford is expanding its Maverick lineup with the Maverick Tremor.
Advertisement

When you stop to think about it, today's announcement of the Maverick Tremor edition shows significant features of Ford trucks; the features indicate that Ford trucks are flexible. For example, the Maverick Tremor joins the Ranger Tremor, F-150 Tremor, and the Super Duty Tremor. Each of the models offers extreme off-roading capability as well as features that lesser models don't have.

That said, let's take a closer look at the compact Ford Maverick and the market for re-energizing the compact pickup. (Like other market segments, when Ford decides to go into the segment, not only does it legitimatize it for the rest of the industry, but it also lets Ford begin to dominate that particular segment because it is usually one of the first major automakers to enter it.)

Taking a long view of the compact pickup, you could say that it goes back to the 1970s when Volkswagen offered a version of its Rabbit with a pickup bed. Over the years, the Rabbit morphed into the Golf, and the pickup fell out of favor because it wasn't quite large enough to be considered a real workhorse while it did have many followers. At the same time, Subaru offered a version of its compact pickup that fell out of the lineup after a few years. Again, buyers never considered it a natural alternative to a more significant standard pickup with body-on-frame construction, large payloads, and towing capability.

Ford most of the 1970s, Ford sold a compact pickup named the Courier, and the pickup was built for Ford by Mazda. The Courier name continued under the Ford nameplate, in one way or another, until the 2000s, when Ford of Brazil dropped the nameplate. Interestingly, Ford returned the nameplate and added it to the smallest Transit model, which is still called the Transit Courier.

In 1982, Ford, seeking a need for a model bigger than the very compact Courier but not as large as the F-150 lineup, brought out the Ranger. It was smaller than the F-150 but not to the point where it could be considered a "toy" truck. With specifications that were quite acceptable, Ford bulked up the Ranger through four later generations so that today's fifth-gen Ranger is quite respectably sized and offers several models. That is until about 1982, when an "intermediate" model joined Ford's pickup model line. The model was the Ranger, and if one had to gauge its size, you would think that it was a compact model at that time, as it was markedly shorter than the F-Series lineup. The original Ranger was sold in a single cab work truck configuration.

For the first few years, the Ranger was on sale; many considered it a "compact" model, although to the automaker, the Ranger – today available in XL, XLT, Lariat, and Tremor price points and packages – was an intermediate pickup. Indeed, as noted through the four succeeding generations of Ranger models, it bulked up and today offers, like the full-sized F-Series, SuperCrew, and SuperCab models (four-door and three-door variants with longer cabs that offer more seating).

This was the situation until a couple of years ago when the first Ford Maverick appeared. At some point in its planning, Ford decided that there was a need for a smaller or compact pickup truck. The best analog for the Maverick might be the Ford Explorer short bed. This was a semi-pickup/SUV that was carved out of the Explorer in the early 2000s, shortly before the Honda Ridgeline appeared. Though it was only available for several years before it was dropped, it seems apparent that many Ford planners saw a market for a "compact" pickup truck. The Explorer short-bed was smaller than the midsized Ranger by a couple of feet as it stayed within the footprint established by the Explorer SUV. It was also remarkably popular.

Having this similar model lurking in their minds and the background, it is little wonder that when the folks who were engineers at the time of the Ford Explorer short-bed and who now are lead program and development managers would have pushed for a compact truck series. The Maverick was the result.

Today's announcement of the Maverick Tremor shows how far the cross-pollination of ideas has penetrated the Ford pickup space.

A brilliant idea, the Maverick re-established Ford as a leader in the compact pickup space. Indeed, there is only one competitor to the Ford Maverick, the Hyundai Santa Cruz pickup. As more than one observer noted today, Santa Cruz doesn't offer a Tremor option.

This piece is a sidebar to today's story by Senior Torque News Reporter John Goreham. (Please see John's piece at www.torquenews.com) You can read much more in-depth about Maverick Tremor in his piece. This piece discusses the history of small trucks at Ford, the powertrains available, the trim levels, and a bit of news about the Maverick.

The Ford Maverick, which shares its platform with the Ford Escape, is a compact pickup truck that gives Ford a dominant position in a market the automaker is defining. Yes, Hyundai indeed offers a model pickup, the Santa Cruz pickup, but the Maverick offers some things the Hyundai doesn't. For example, the Maverick is available in two basic models, a hybrid and a standard internal combustion engine (ICE).

There is a difference between the models.