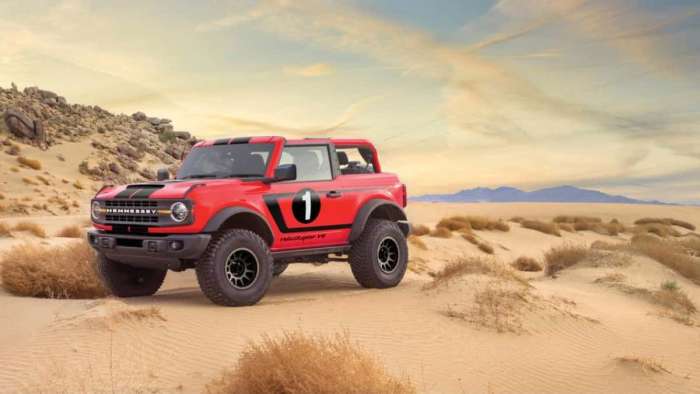 One of the issues that keep coming up with the Bronco is the lack of an optional 5.0-liter V-8 for the SUV. Hennessey Performance Engineering has solved that issue with a planned limited edition of its VelociRaptor line. This time it will be called the Hennessey VelociRaptor V-8 Bronco edition.
Advertisement 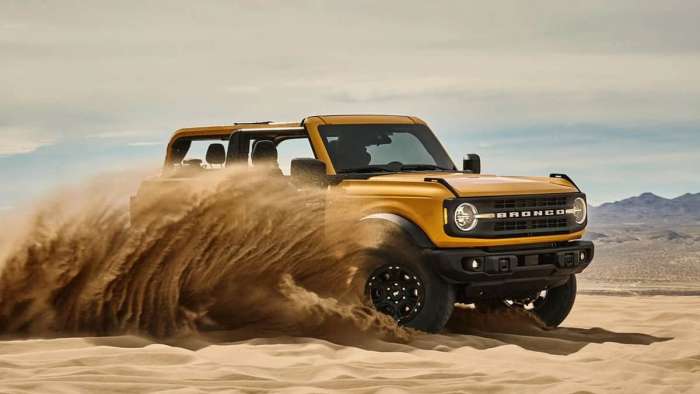 One of the most anticipated vehicles of the last 10 years has been the Ford Bronco. From the time it went out of production in 1996 until now, Bronco fans have hoped that Ford would renew the famed SUV.

That renewal occurred this year following six years of teasing by the manufacturer. Indeed, Ford announced plans to offer a renewed Bronco starting in 2014. At that time, clay models began appearing on Ford stands at auto shows as things began to heat up for the SUV.

By 2018, test mules regularly appeared on the roads around Dearborn as the model became real. Through 2019, spy photos in heavy camo made their appearances at online sites as the Bronco development team refined their concept. Enter 2020, and Ford announced plans to bring the Bronco back to the market. Before the automaker announced its goals, the development team produced the Bronco R. The Bronco R, which previewed the lines of the retro SUV brand, raced in the tough Baja 1000, though it DNF'd (did not finish) after about half as the Bronco R "ate" its front end.

With that said, Ford planned to introduced the Bronco as a 2021 model early this year. At the same time, the country closed down due to the coronavirus. The closing halted the introduction of the Bronco until early last summer.

At that time, Ford introduced the Bronco brand that consisted of two full-sized SUVs, a two-door and a four-door, and the Bronco Sport, a midsized SUV last summer. The full-sized Bronco's used the automaker's 2.7-liter EcoBoost Twin Turbo, while the Sport uses the 2.3-liter EcoBoost four. Nowhere is there a V-8 engine. It is a significant hole that will be filled by Hennessey Performance Engineering (HPE). The lack of V-8 seems to be one of the major themes in many Bronco supporter websites.

Indeed, the 5.0-liter V-8 is the critical feature of the upcoming Hennessey Velociraptor Bronco.

"Over the past two years, we have built over 70 Gen 2 Ford Raptors for our customers by removing the EcoBoost V-6 and replacing it with the same 750 HP supercharged 5.0 V8 [that would be used in the Bronco]. I wanted to build the ultimate Ford Bronco for myself and our customers. The 2021 Bronco may be one of the most highly desired vehicles since the Ford GT introduction. We look forward to taking the new Bronco to the next level and beyond."

It certainly will be taken to the next level as the VelociRaptor V-8 Bronco uses a supercharged version of Ford's durable mill. The powerplant will turn out 750 horsepower. Taking that power and translating it into tire-smoking power will be Ford's 10-speed automatic transmission. HPE estimates that this powerful version of the Bronco will have a 0 to 60 time of 4.5 seconds.

One of the features that Ford has been pushing on the Bronco is its ability to go anywhere. However, it is more than likely that anyone who purchases this limited-edition version of Ford's iconic, retro model will be doubtful to take it very far offroad, if at all. HPE has put a price tag of $225,000, plus shipping, on its VelociRaptor Bronco.

More than likely, this type of investment is just a bit too pricey for real offroading. Still, to have one of 75 copies of a Bronco with a supercharged V-8 is enough incentive for a potential buyer to reach out to HPE for a copy. 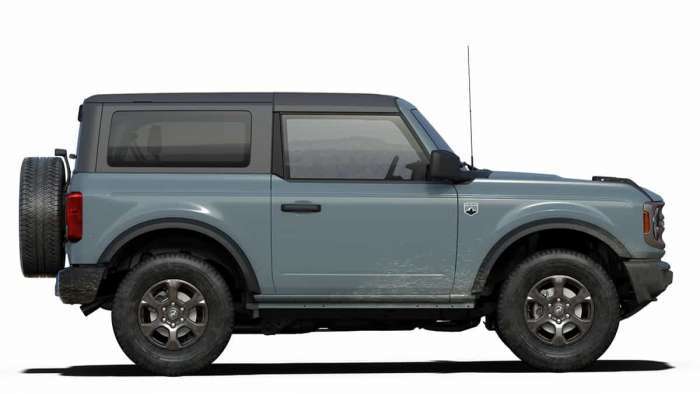 Among the many upgrades that one will find on the VelociRaptor V-8 Bronco are: