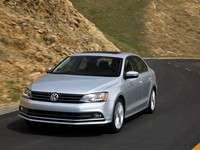 Now that the Dieselgate settlement is official, it's apparently time for the D.C. Beltway crowd to weigh in. Could they be doing it for their supporters? It certainly seems that way.
Advertisement

Never let it be said that Washington doesn’t react on behalf of its supporters. In the run-up to the court’s approval of the VW Dieselgate class-action suit settlement, potential competitors to Volkswagen’s electric vehicle (EV) effort tried to reopen the already negotiated pact to eliminate potential competition by the automaker. Though they sought to lobby the Environmental Protection Agency (EPA) to knock out VW’s participation in the EV market, the competition failed.

They tried again to shut down any potential VW competition – leaving the automaker little more than a fat bank account, available to fund their efforts – by filing court paperwork that would have eliminated VW’s participation in the EV infrastructure buildout effort. The court rejected that claim, leaving the final Dieselgate class-action suit settlement unchanged. EPA also let VW know that the automaker could earn profit from their participation in the zero emissions infrastructure build out, as an incidental outcome of the settlement.

Lawmakers in Washington did not welcome that rejection and acceptance of VW's participation in the zero emissions vehicle (ZEV) buildout process. The lawmakers, it seems, went 14 shades of apoplectic when the EPA and court roundly rejected their favorite supporters. How could one tell that there might have been a bit of back-and-forth between charging vendors and lawmakers? It is very simple: the language used by one was the language of the other. Key phrases like “unfair competitive advantage” and that VW would gain “an enormous competitive advantage” were uttered by the rejected vendors in October and later by Republican members of Congress.

The lawmakers went to bat for their supporters again at a Washington hearing, scheduled late last week. The hearing was set in motion about a month after the court gave its final approval to the Dieselgate class-action suit settlement on Oct. 25. In self-important tones, the GOP lawmakers said they were going to review of the “potential” for VW to gain “unfair competitive edge” in the emerging EV (electric vehicle) market.

As part of the Dieselgate class-action suit settlement, VW was required to pay $2 billion to mitigate the effects of 485,000 unchecked turbodiesel engines that ran around from 2006 to 2015 as the automaker effectively scammed everyone – the public, regulators -- into believing that their 2.0-liter four-cylinder powerplants were “clean diesel technology.” The only time the engines were really “clean” was when the rigged software prevented vehicles from failing emissions tests. Though they “passed” the test, the engines were dirty, emitting up to 40 times the allowable nitrous oxide emissions.

Among the programs that VW could fund were:

The settlement-mandated investments come at a time when Volkswagen also has plans to revamp its entire fleet. By 2025, the automaker is planning to release 30 electric models. The days of VW diesels are over in the United States, though they will still be part of the mix elsewhere.

The GOP-led panel came out piously for looking at the settlement. The chairman, Rep. Tim Murphy, R-Pa., claimed it “raises the potential that VW’s penalty for bad behavior may not be entirely without benefit for VW’s own future operations.” This coming from a lawmaker whose party has conducted witch-hunts in the past that have resulted in nothing more than a lot of wasted tax dollars. Murphy’s chairs the House Energy and Commerce Committee’s oversight and investigation panel.

According to Automotive News, the representative said oversight of the agreement appears “pretty thin, especially at the federal level.” Murphy noted that VW has charge of picking ZEV projects that it will fund. Doubling down, the lawmakers said that, of course, it creates the “opportunity for VW to gain an enormous competitive advantage.” (This is much the same claim that VW’s opponents tried to end-run the court agreement, only now it is being made on a larger stage by those who apparently support them.)

The EPA agreed last week that it is possible for the automaker to make a bit of money off the investments it makes.

Murphy continued his statement, noting, that VW has to spend $500 million in the next 30 months the first segment of the agreement’s 10-year spending plan. Murphy said the spending would almost double expected investments in EV charging over the same timeframe taking VW’s investment out of the picture. Charging companies in their court filings made the same claims.

Rep. Marsha Blackburn, R-Tenn., pressed EPA officials at the hearing wanting to know who would own data collected from charging stations to be built.

In prepared remarks, Cynthia Giles, assistant administrator of the EPA Office of Enforcement and Compliance Assurance, in prepared remarks seemed to provide and to Blackburn in prepared remarks. She said that there is an “unprecedented level of transparency” built into the agreement that “will allow researchers, competitors and other informed commenters to see how effective the investment have been, and to suggest different approaches for the next plan that might work better.”

Under the agreement, VW must seek input from states, municipalities and others on the projects to be funded. EPA and the California Air Resources Board must give their approval to the broad plans. VW is required to update its plans every 30 months. It must also