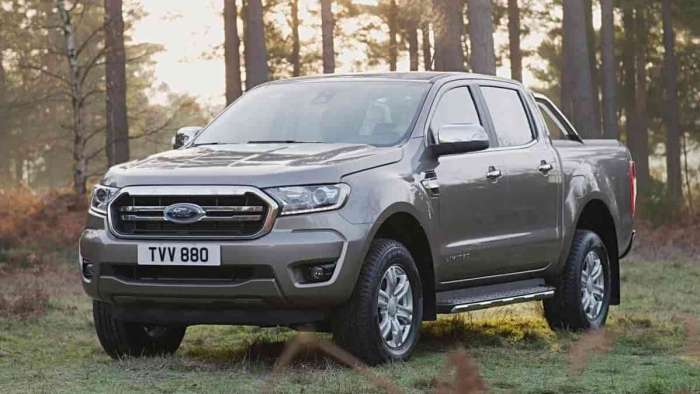 In the latest Ford Ranger recall, the automaker has recalled nearly 78,000 copies of the intermediate pickup to repair possible problems with the rear lighting.
Advertisement

For the third time in the last several months, Ford has recalled the 2019 Ranger. This recall has to do with the taillight functionality of the mid-sized truck. The new recall follows recalls for an HVAC blower issue, another for a shifter problem, and another for a problem with the passenger seatbelt.

This issue adds another 77,718 total vehicles to the number recalled recently. The recalled Rangers are in the U.S., Federal Territories (Solomon Islands, Marianas, and others) and Canada (5,546 of the total).

This time, though, the recall deals with inline connector terminals. The terminal connector halves may either be misaligned or not correctly seated. The problem terminals could result in either in taillights that either work sometimes or not at all. As a result, the 2019 Ranger may not have stop, turn, rear position, or reverse lamps.

As is readily apparent, the loss of reverse lighting, stop lights, and/or taillights can result in reduced visibility for the intermediate pickup. Also, if there is a failure here other drivers may have no idea that the truck may be braking, turning, or in reverse. All of these conditions can increase the risk of crashes.

Dealers will inspect the underbody incline connector to determine if it is loose or disconnected. If the device is loose, the dealer’s technician will replace it with a new crimp connector that fixes the problem. Owners should contact their dealers to schedule this free-of-cost repair.

Source: The Ford Authority – The Ford Authority is one of the leading independent sources of news and other information about the Ford Motor Co., and its vehicles, including the F-Series Pickups, F150, the Super Duty, F250/350, and the Ranger, intermediate pickup.