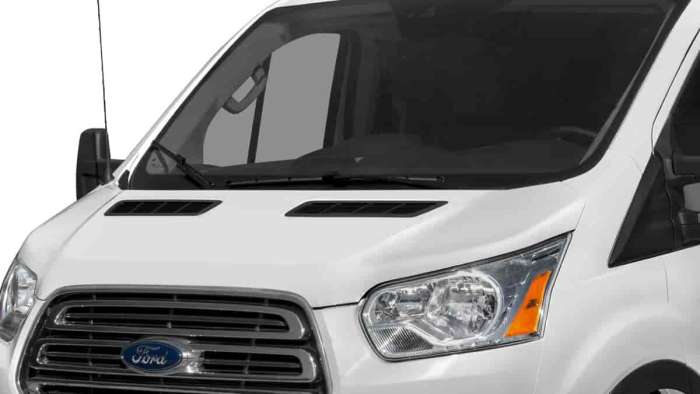 More than 300,000 Ford Motor Co. vans and SUVs were recalled this week by the automaker. The vehicles include 2015-17 Ford Transit van, 2019 Ford Edge, and 2019 Ford Expedition and Lincoln Aviator SUVs.

According to the automaker, more than 300,000 Transit vans faced recall for problem with the driveshaft flexible coupling. According to the automaker, the flexible coupling might crack as mileage increases. The result is driveline noise and vibration. Ultimately, the driveshaft could separate resulting in two potential problems: 1. The van may not move; and 2. Unintended vehicle movement in Park without the parking brake applied

A secondary result of the recall issue might be damage to the surrounding components, including the brake and fuel lines. If the driveshaft were to separate, the risk of an injury or crash could also increase.

Ford says it is not aware of any reports of accidents or injuries relating to this issue. The action affects specifically:

In the second safety recall, Ford has recalled certain 2019 Edge SUVs to repair a seatbelt pretensioner anchor. The problem was with the crimping on the anchor. In some of the affected vehicles, the driver’s side seatbelt assembly may not adequately restrain the seat’s occupant in a crash, increasing the risk of injury.

The affected vehicles rolled off the assembly lines in the Ford Oakville Assembly Plant, Sept. 18-19, 2019.

The action affects 366 vehicles in the United States and 65 in Canada. Dealers will inspect the driver’s side seatbelt pretensioner assembly and replace it if it is within the production date. The Ford reference number is 19S37. Ford is not aware of any reports of accidents or injuries related to this issue.

In the final recall announced by Ford, the automaker has issued a safety recall for the 2019 Ford Expedition and Lincoln Navigator full-size SUVs. The repairs affect the rear toe link fastener on the luxury sports utilities.

According to Ford, the issue affects 18 full-sized sports utilities built at the automaker’s Kentucky Truck Plant in September. Specifically, the Ford built the Expeditions Sept. 5-6, 2019, and the Lincoln Navigators Sept. 6, 2019.

Dealers will verify that the rear toe-link-to-frame fasteners have the correct torque. If the vehicle has been in service for a bit, dealers will also check and adjust the rear toe alignment and inspect rear tires for abnormal wear and replace them, if necessary. The Ford reference for this is 19S36.

Marc Stern has been an auto writer since 1971. It was a position that filled two boyhood dreams: One was that I would write, and two that I write about cars. When I took over as my newspaper’s auto editor, I began a 32-year career as an automotive columnist. There isn’t much on four wheels that I haven’t driven or reviewed. My work has appeared in Popular Mechanics, Mechanix Illustrated, AutoWeek, SuperStock, Trailer Life, Old Cars Weekly, Special Interest Autos, and others. Today, I am the Ford F150 reporter for Torque News. I write how-to and help columns for online sites such as Fixya.com and others. You can follow me on Twitter or Facebook,

Tesla-Funded Research Reveals One of The Biggest Mysteries of EV Battery
Tesla Tesla Buyer Nets a Whopping $12,000 Discount After Asking for Reduction
END_OF_DOCUMENT_TOKEN_TO_BE_REPLACED