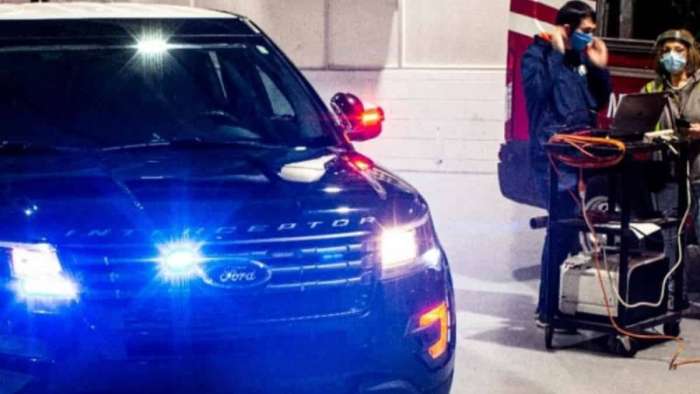 It took some work but Ford's engineers have found a way to disinfect Police Utility SUVs to protect officers from COVID-19. Ford worked with state and local police departments across the country to develop the protection software. Who would have thought it would have been as easy as it is?
Advertisement

"First responders are on the front lines protecting all of us. They are exposed to the [corona] virus and are in dire need of protective measures," said Hau Thai-Tang, Ford chief product development and purchasing officer. "We looked at what's in our arsenal and how we could step up to help."

To meet that need, Ford engineers looked closely at 2013-2019 Police Interceptor Utility vehicles and found a way to protect police officers from the coronavirus by using its software. Indeed, the solution the engineering team found was immediately available to the utility vehicles.

Ford has designed a software enhancement that will enable police departments from coast to coast to ease the threat from the COVID-19 virus.

The beauty of this system is its simplicity. The software changes turn the interior of the Police Interceptor into an oven that bakes the vehicle's interior until the virus is gone.

Ford Finds Heat Is The Answer

Ford worked with Ohio State University to determine the temperature and duration needed to help deactivate the COVID-19 virus.

"Our studies with Ford Motor Company indicate that exposing coronaviruses to temperatures of 56° Celsius, or 132.8° Fahrenheit, for 15 minutes reduces the viral concentration by greater than 99 percent on interior surfaces and materials used inside Police Interceptor Utility vehicles," said Jeff Jahnes and Jesse Kwiek, laboratory supervisors at The Ohio State University department of microbiology.

Police can monitor the process in different ways. The software will flash the hazard lights and taillights in a pre-set pattern when the test begins. When the test is over, the lights will show completion. The vehicle's gauge cluster will also indicate the progress. The cool-down brings the temperature down from its highest points.

Police can use this process regularly to sanitize their vehicles. When used in conjunction with the sanitization guidelines approved by the Centers for Disease Control and Prevention (CDC), flooding the passenger compartment with superheated air can reach many areas that manual disinfecting procedures often miss. Heat easily seeps into deep crevices and other hard-to-reach areas, often missed by hand sanitizing.