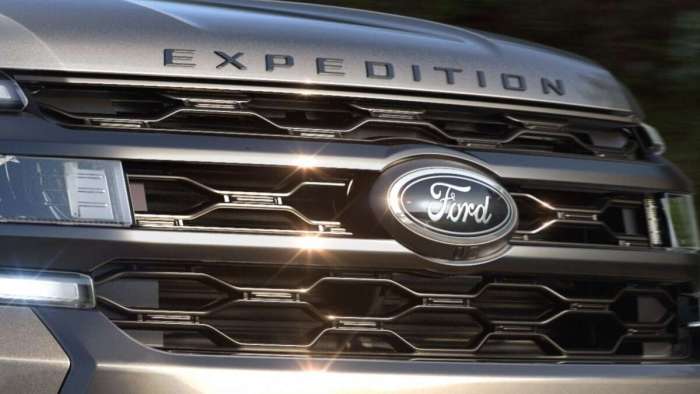 About two months ago, Ford told drivers to park their Expedition and Navigator SUVs outdoors because there was the possibility of an underhood fire that could cause problems. Now, the automaker has found the causes of the fires. It has announced one set of fixes for the problem, while the second set is on the way.
Advertisement

Two months ago, the Ford Motor Co. announced the recall of 2021 Ford Expedition and Lincoln Navigator SUVs for potential underhood fires. At the time, the automaker didn't know where the problem originated. Because of the fire risk, owners of affected vehicles were told to park their vehicles outside and away from structures.

Now, the carmaker has identified a remedy for customers affected by the underhood fire recall. And the company has communicated repair procedures to dealers and is working quickly to make parts available as soon as possible.

Because there will be some lag time between the availability of parts and the repair procedure to fix the recall problem, Ford is still advising customers to park their vehicles outside and away from structures because the SUVs may pose a risk of underhood fires, including while the vehicle is parked and off.

Ford has detailed the repair procedure. Dealers will first inspect the battery junction box for melting damage and, if there is damage, will replace the entire component. They will remove the engine fan ground wire from the battery junction box in affected vehicles with an 800-watt cooling fan system. The vehicles affected represent about one-third of the total recalled vehicle population.

One Repair Can Be Done Immediately

This repair can be done immediately. The repair is the same for the remaining affected vehicles with a 700-watt cooling fan system except for installing an auxiliary box with a wire jumper. Parts for this repair are expected to be available starting in early September. Owners of the affected vehicles were notified last week via FordPass. The first notification will go to owners of 800-watt cooling fan systems. Customers with the 700-watt systems will be notified with the parts are available.

So far, Ford has received 21 reports of underhood fires. The reports include five since the original filing with the National Highway Traffic Safety Administration (NHTSA) in May. Eighteen incidents have had impacts on vehicles owned by rental fleets.

Ford has expanded the total number of vehicles to include 66,221 Expedition and Navigator SUVs in the U.S. built between July 27, 2020, and Aug. 31, 2021, based on further analysis of the causes of the fires.

Automaker Points To Circuit Board

Ford believes the cause of these vehicle fires can be traced to a change in manufacturing location by a supplier during the COVID-19 pandemic. Printed circuit boards produced at this facility are uniquely susceptible to a high-current short and were supplied to Ford and installed in Expedition and Navigator SUVs produced during the recall window.

Ford has not issued instructions to stop driving vehicles under this recall. The automaker is unaware of any accidents related to this issue and is also aware of one reported injury.

In a related matter, a group of Ford SUV owners has launched a class-action suit based on this matter.