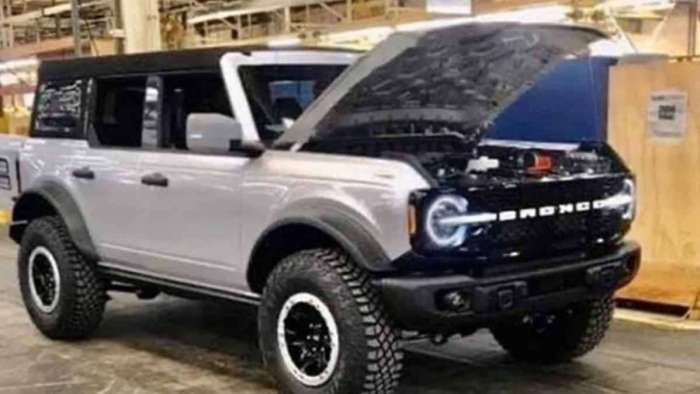 With the havoc that the coronavirus continues to cause across the economy, Ford has pushed out the production start on the first Bronco Sport models.
Advertisement

Ford Bronco Sport Reports All Over

For months now, the automotive world has been rife with spy photos and speculative pieces that discussed both models. The latest spy photos appeared in Torque News last week. They showed the Sport to be a squarish model with single round headlamps. The story was another in the many that have appeared here. Indeed, I recently wrote one that discussed an earlier report that the coronavirus would delay the Bronco Sport.

According to a story in Saturday Automotive News, the Escape-sized off-roader is likely to begin appearing at Ford's Hermosillo, Mexico plant around Sept. 7. The date is fully two months after Ford's original production target, July 13. The information comes from a supplier.

This report follows Ford's decision last week to keep its production, and parts supply factories shuttered as the coronavirus continues to play havoc with manufacturing schedules. The COVID-19 outbreak delayed pilot builds of the Bronco Sport. The trade journal noted that suppliers expected to begin shipping Sport parts this month.

Ford's chief Jim Hackett, interviewed in March on a Detroit radio station, said the virus was not likely to have a major impact on the intro and launch of its biggest models. Those models include:

During the radio interview, Automotive News said, that Hackett didn't mention the Bronco Sport officially. Ford has not even acknowledged the crossover's name.

The coronavirus has "had an effect, but it's not going to dampen our spirits about how all these great new things have come to market," he said. Even if they are "a month or six weeks late, I don't think anyone would think we fumbled there" because of the virus.

The Bronco Sport shares its platform with the redesigned Escape. Spy photos leaked to the press last month show the crossover has a stance similar to the Jeep Renegade. The pictures show the name "BRONCO" between the round LED headlamps. On the rear, the badging indicates the name "Bronco Sport" with Ford's Blue Oval logo on the lower left.

Ford initially set the debut of the compact SUV at the New York International Auto Show at New York City's Javits Center. However, the auto show, earlier set for this month, has been pushed out until August. New York City postponed the show to use its former space for a field hospital for coronavirus victims. There is no word from Ford on any updated introduction plan.

Marc Stern has been an auto writer since 1971. It was a position that filled two boyhood dreams: One was that I would write, and two that I write about cars. When I took over as my newspaper's auto editor, I began a 32-year career as an automotive columnist. There isn't much on four wheels that I haven't driven or reviewed. My work has appeared in Popular Mechanics, Mechanix Illustrated, AutoWeek, SuperStock, Trailer Life, Old Cars Weekly, Special Interest Autos, and others. Today, I am the Ford F150 reporter for Torque News. I write how-to and help columns for online sites such as Fixya.com and others. You can follow me on Twitter or Facebook. Most of Marc's stories can be found at Torque News Ford coverage. Check back again and search for Torque News Ford F-150 news for more F-150 truck news coverage