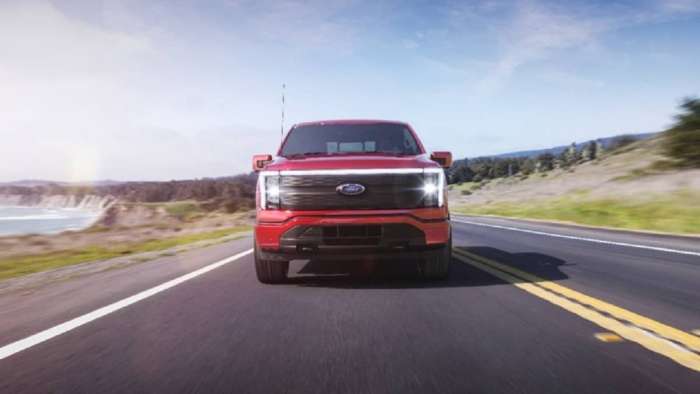 The Environmental Protection Agency (EPA) has completed its range measurements of Ford's electric truck, the F-150 Lightning. With the extended range option, Lightning owners can expect over 300 miles of drive time until they have to charge again.
Advertisement

If there is a certainty that prospective electric vehicle owners keep seeking, it is reassurance about the range of a particular vehicle. You might wonder where this anxiety is coming from, and we don't have to look far to find out its origins.

Let’s Turn The Clock Back

Turning the clock back about a decade, electric vehicles were on sale. However, they didn't seem like outstanding options if you looked at them. The reason was simple, and their range wasn't great. In 2012, ranges for electric vehicles generally averaged somewhere in the 30- to 50-mile category. After that point, it was like going over the falls in a barrel, whoop, whoop, whee!

The facetiousness aside, electrics of even a decade ago weren't promising. The reason, quite simply, was the battery tech. Battery tech lagged until the industry began to bear down on electrics about half a decade ago. Yes, there was lots of engineering development work going on with batteries, but the batteries' specific power densities weren't especially good.

It's not that the industry wasn't working on solutions to the battery issue, and that was one of the overriding efforts of the middle part of the last decade. Soon, battery power densities (one measure of just how far a vehicle will go on a specific battery package) began to inch upward as the engineers tried different battery configurations and platforms.

Battery Density Is A Key

By 2019 or so, battery densities meant that electric vehicles could have ranges of about 120 miles, which is quite a lift from the 30- to 50-mile range of just a few years earlier. And the engineering development teams continued their work, improving the battery range to the low-200s about a year later.

By now, the battery engineering development was leaping ahead to the point that by the start of the 2020 car year, electrics could enjoy ranges in the 250-mile vicinity – quite a leap from just a couple of years earlier. And the development continued to the point that in 2022 electric vehicles will have ranges of 300 miles and more. The 300-mile range level puts the electric vehicle on par with similar internal combustion vehicles, whose ranges have always been in the 300-mile or better.

To show how far the industry has come in a little more than 10 years, you can look at Ford, which has published the range of its soon-to-be-delivered line of electric pickups, the F-150 Lightning.

Ford's engineering efforts continuously improve over time. Indeed, some F-150 Lightning customers will benefit from an increase in range ahead of launch this spring. Indeed, the EPA and the automaker's engineering staff have completed putting the Lightning through its paces.

Fleet customers can purchase the extended range battery on Lightning Pro and which has an EPA-estimated range of 320 miles. The following table summarizes the EPA findings:

"We are laser-focused on continually improving our energy consumption efficiency for Lightning. The team is happy to deliver these results for our customers," said Linda Zhang, chief program engineer, F-150 Lightning.

As an added dimension, the auto industry has developed battery-only vehicles like the Ford F-150 Lightning, the Ford Mustang Mach-E (SUV), and the Ford E-Transit. It has also developed vehicles that combine the attributes of electrics and internal combustion engines. Across the industry, you will find not only standard hybrids in the electrical mix. Standard hybrids, as noted, rely more fully on both internal combustion and electric power. Then there are the plug-in hybrids that turn the standard map of hybrids on its head to rely more on the stored power supplied by the plug-in component.