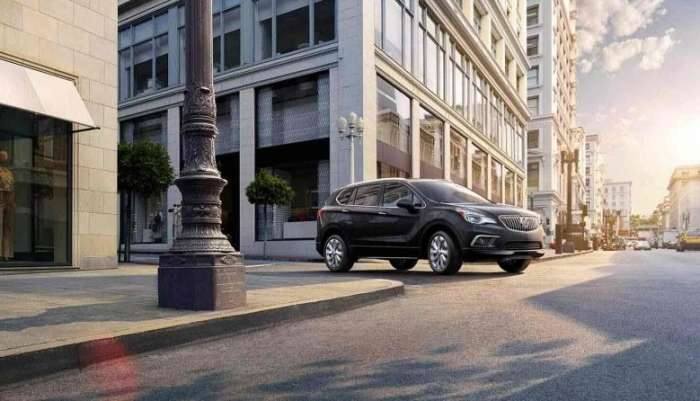 Buick has made automotive history. With its third place finish in the Consumer Report 2016 Annual Vehicle Reliability Survey, the automaker has done something no other domestic make has ever done.
Advertisement

By being named third most-reliable vehicle, Buick has done something no other domestic manufacturer has done before. The General Motors division has been named one of Consumer Reports (CR) top brands.

No domestic manufacturer has finished in the top three since the magazine began measuring brand reliability in the early 1980s. The automaker’s third-place ranking “is commendable,” Jack Fisher, CR’s automotive testing director, said in a statement Monday. He called the ranking a “wake-up call to other manufacturers.”

Fisher pointed to one simple difference that vaulted the GM division over the other members of the corporate stable – the lack of pickups and SUVs. “One reason why the brand has been able to leapfrog others in the General Motors’ stable has been its limited vehicle lineup – with none of the pickups and truck-based SUVs that have negatively impacted Cadillac and Chevrolet,” Fisher continued.

The top two brands were Lexus and Toyota. They have finished one-two for the last four years. Buick’s 75 rating, number three, put it behind the leaders. Buick moved up from the number seven spot last year.

For 2016, Consumer Reports used a 0 to 100 scale. Vehicles scoring 41 to 60 were called reliable; Those with scores above were considered more reliable while vehicles with scores below were found to be less reliable.

Duncan Aldred, Buick’s vice president of global Buick sales, service and marketing, said in a statement that the brand’s quality “ranks as one of the top reasons customers come back to Buick, so our reliability ranking is great validation based on real customer data. Top reliability means Buick owners are spending less time getting their cars serviced and more time meeting obligations at work and at home.”

In the number four position, Audi was the highest-ranking European model, followed by Kia. The next five brands were Mazda, Hyundai, Infiniti, BMW and Honda. Infiniti showed the largest one-year movement by climbing 16 spots.

Meantime, Subaru, Volvo and Volkswagen all dipped in the 2016 ratings. Subaru dropped six spots, hurt by the 2016 Legacy and Outback ratings moving down to average. The WRX/STI dipped below average. Volvo dipped seven positions due to infotainment touch-screen and climate system problems with the restyled XC90. Volkswagen showed some major flaws as every model, but the Tiguan showed below-average reliability. VW dropped nine spots overall.

Moving to individual models, the five most reliable vehicles were:

The rest of the Detroit 3 didn’t fare as well as Buick. The five least reliable vehicles were American makes and, in order, were:

By brand, the second-highest among the Detroit 3 was Chevrolet, gaining five positions, at 15. Cadillac was up four positions to 21. GMC dropped five spots to 24. GMC’s large SUVs and pickups brought it down, CR said. Meanwhile, the dual-clutch automatic continued to trouble Ford’s Fiesta and Focus. As a result of the tranny issues, the automaker dropped a position to 18. Lincoln dropped four positions to 20.

Fiat Chrysler Autos (FCA) brands were drubbed. According to Automotive News, no Fiat or RAM vehicle received even an average reliability rating. Only the Chrysler 300, Dodge Grand Caravan and Jeep Patriot scored average or better. FCA brands landed at the bottom of the study with Jeep up four spots to 23; Dodge was rated at 26, down three positions, Chrysler was 27, down five positions, Fiat was number 28, unchanged, and Ram was 29, down three spots.

The 2016 Annual Survey was based on information gathered from CR subscribers who had owned or leased half-a-million vehicles. The survey covered more than 300 models from the 2000-2016 model years. There were some 2017s included

Fahr Sicher wrote on October 25, 2016 - 2:24pm Permalink
One has to wonder how much of the VW drop was just a "spanking" from owners over the TDi issue. VW's warranty cost in North America has dropped thru the floor which indicates an huge improvement in reliability. Further Consumer Reports and VW have always had an internal struggle - ever since CR highly recommended the original Rabbit in the mid-70s - only to see that car fraught with technical issues.

Toyota vs Tesla: Which Stock To Buy These Days
For Some Former Daimler Managers Daimler Is Authority, While Tesla Is Like a Startup
END_OF_DOCUMENT_TOKEN_TO_BE_REPLACED