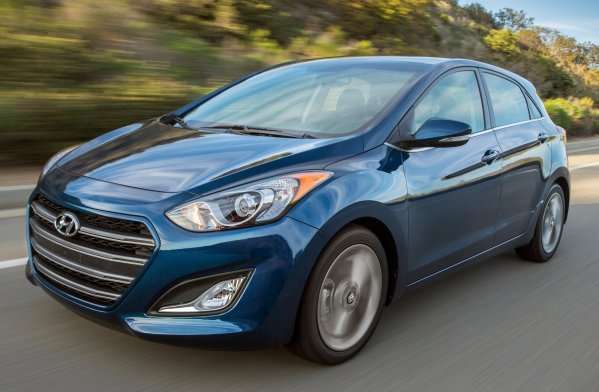 Sometimes it is amazing just how one part can affect a car. Take the 2013 Hyundai Elantra, for example. According to the National Highway Traffic Safety Administration (NHTSA), worn brake light switches on 64,500 2013 Elantras can cause problems that range from:
• Brake light illumination
• Traction control light
• Automatic shift issues

According to the agency, over time the brake pedal stopper pad can deteriorate. The deterioration allows the brake light switch plunger to remain extended, despite the release of the brake pedal. It might seem like a small problem, but the issues that go beyond are somewhat mind-boggling.

Did you know, for example, that the brake light switch is also the Elantra’s neutral/start switch? The neutral/start switch is the device that lets you start the vehicle. To start the Elantra, you have to depress the brake pedal to engage the brake light switch. The switch allows you to turn the ignition key to the Start position so that the starting motor can engage and your car’s engine can crank. The switch also must be engaged so you can shift the vehicle into gear. If the switch wears, then you can not only turn the key to Start, but you can also shift the vehicle into gear. You can see the problems that the worn brake light switch causes in the affected Elantras.

That’s what has apparently happened in the 65,400 Elantras. Says the NHTSA: “If the brake light switch plunger does not retract as it should when the brake pedal is not being pressed, the brake lights may stay illuminated preventing accurate communication to following vehicles that the vehicle is slowing or stopping.

Additionally, if the brake switch plunger is not retracted, then the transmission can be shifted out of Park without depressing the brake pedal. Either condition increases the risk of a crash.”

Translating the government-speak to English, the agency is saying that if the brake light switch stays in the on position – depressed – though the pedal, itself, has retracted, then the rear brake lights remain on. It means that motorists following you won’t know if you have decided to brake or not because the brake lights will remain illuminated. The government statement goes on to discuss the other conditions that a depressed brake light (neutral/start) switch can create.

The recall affects 2013 Hyundai Elantras, whose build dates are Dec. 1, 2012 to April 30, 2013, at the carmaker’s plants in Korea and the U.S. The automaker will notify owners of the recall and dealers will replace the brake pedal stopper pad and a better part. The repair is free of charge. The recall is expected to begin on Sept. 30.

For further information, contact Hyundai customer service at 855-371-9460. Hyundai’s recall number is 146. Information is also available from NHTSA at 888-327-4236. The agency’s campaign number is 16V574000. You can also find information about the recall at NHTSA’s website www.safercar.gov.

Elon Musk Says Tesla To Offer Car Insurance in Texas Next Month, But These Challenges Exist
Tesla Co-Found Plans To Build a Battery Factory and Shift The Industry
END_OF_DOCUMENT_TOKEN_TO_BE_REPLACED