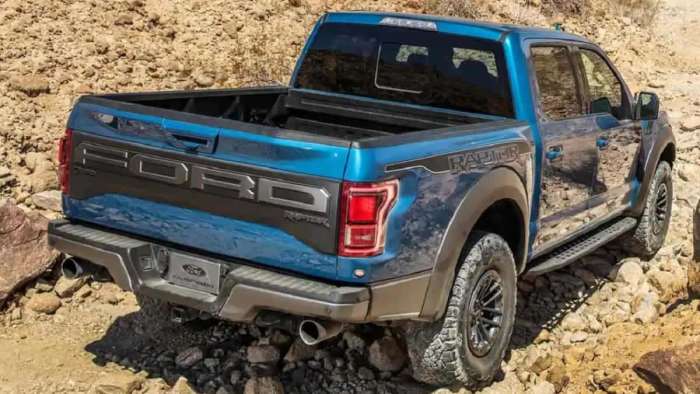 A few days ago, Tony Diaz, an auto alarm specialist sent Torque News a YouTube video that he made. In the video, he showed a client’s 2019 Ford F150, while presenting a feature that he added to the factory alarm system that made lots of sense.

Most F150s Are Equipped With Factory Alarms

Most F150s sold today have, at a minimum, factory alarm systems installed. It makes lots of sense as these alarms help to ensure that when you wake up in the morning, your F150 will be where you left it when you arrived home from work, in your driveway.

Alarm systems are crucial with today’s blitz of stolen pickups that are being stolen by thieves whose intent is far worse than just a joy ride. For example, F150s and other popular pickups are being stolen by thieves who are looking for what may seem to be esoteric items. On balance, though, those items are very expensive to replace, although they make thieves lots of money for very little work.

For example, car thieves are stealing pickups and later gutting them to get at the airbag system. Replacing an airbag system, which can have as few as two devices and as many as eight to 10 or more, can cost you about $10,000 if the insurance company doesn’t just total your pickup because the damage caused by taking out the airbag is huge.

Truck thieves are also looking for pristine pickups so they can boost the tailgates, another huge expense to replace. That is if they don’t manage to mangle parts of the pickups rear end. And, then there are the wheels. Some of the pricier wheels can hit $1,000 or $1,200 per wheels, and the tires can then add as much as $800. Imagine paying $2,000 to replace one wheel/tire. If you have to replace all four, then it is a huge expense.

One of the ways to protect your F150 and its bits is the alarm system mentioned above. For most car thieves, the annoyance and delay introduced by the alarm are enough to delay a potential theft, experts have said. However, there are those pros out there who know something about standard anti-theft systems. They are meant to work only when one of the pickups doors opens without a key or key fob. At that point, the system goes off and makes enough noise to cause the thieves to flee. But, most professional car thieves know that if the doors stay closed, while the windows are smashed out, then alarm systems won’t sound.

In other words, if there’s a change in pressure, then the alarm will sound, as it does when there’s an unauthorized door opening.

Knowing this is the key to a great idea that Tony Diaz, a car installation pro, came up with rather a unique hack for a customer. To ensure that his customer’s car remains his property, Diaz suggested including a pressure sensor in the anti-theft alarm packaging. The customer liked the idea, and the final package included the device. Videos Show F150 Owners Learn About Many Things Including Tire Offsets.

The customer also wanted to keep things as slim and sleek as possible, while also retaining the factory key fob. The final installation looks like it is factory standard. The way it works is quite simple. If the alarm goes off due to theft, an app on the customer’s smartphone picks up on the signal and opens the screen app which tells the customer where the vehicle’s location as the GPS function is enabled. It’s a rather neat function that most pickup thieves would never think to question. F150 Owners Like Many Items From Anti-Theft Apps To Other Items

About the only thing that thieves might suspect they know will happen is that the alarm system won’t sound unless they make a mistake and yank the door open, without a key or key fob. However, since these wise guys believe they know that the alarm won’t sound because the door has remained shut, they will never suspect that the F150 is hollering like crazy in cyberspace. It is telling a smartphone somewhere that it is the victim of a truck theft and that its location is at the GPS coordinates appearing on a screen. It’s a very nice hack.