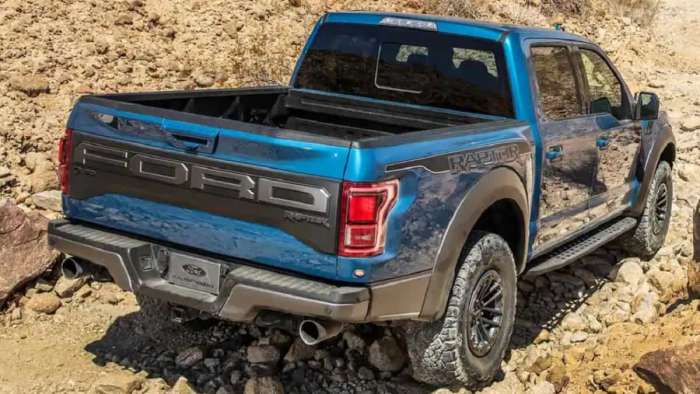 Let's say you just bought your 2019 Ford F150 and want to do some modifications. Where do you start? Here are few suggestions on new mods for first time F150 owners. May favorite one is the mod that improves your truck's mileage.
Advertisement

I did some research in forums and groups and found that one of the first F150 modifications people suggest is to replace that cheap looking grille. In fact, you may also want to read these 5 practical mods and upgrades that are coming from Ford Raptor owners.

To find a better looking grille for a good price check the Facebook marketplace for some discounted 20” takeoffs from the platinum or lariat trim trucks. People say you can get a 3 bar lariat grill for pretty cheap on Ebay. One person wrote on Reddit that his gray one was $50 and chrome ones can be found for a little more than that price.

Tinging is another modification truck owners recommend for F150 owners. They say if you tint 20% all the way around the truck, it would look good. Some people think tints are nice because it gives you a little added privacy.

In my opinion this one is extra, but F150 owners suggest this mod related to the truck's tiers. If you can support it financially and want to go a little further,throw on a 3-4 inch lift kit and get some beefier tires. This may be costly and I don't think it's worth it. The money can be spent on better things. Speaking of money: IIHS data shows that aluminum Ford F-150 costs less to repair than steel predecessors. Did you know?

If you don't like your truck's color change it. It's worth it if you have paid a lower price just because of the color. Now that you own the truck you can paint a different color. I heard many people like the black or blue colors.

Go with a leveling kit. Level kit for about $250 after install and then tune it. 5 Star Tuning or MPT tuning. Your F150 will get a better mileage and an absolutely incredible increase in power output.

The tuning process is easy. Just download it to your computer from the email they will send with the tune made for your truck. Upload it to a programmer, usually made by SCT and plug it into your truck. The programmer has a screen on it and will walk you through upload instructions. Once it’s done, unplug it and enjoy. As a result your car should drive so much nicer.

Another mod you can do is to install a smoke colored bug deflector. Ford F150's slope of the hood into the grille feels like it needs something.