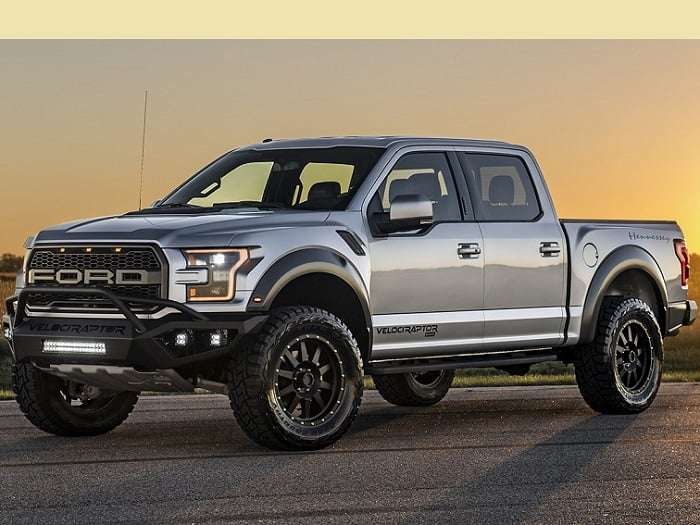 "Thought I would start a thread to help all of the new Raptor owners on where to start their modding," wrote user RedX in F150Forum while sharing his 5 mods for Ford Raptors. Other members also started adding their top 5 modifications list and as s result it turned out a good discussion for those For Raptor owners who are looking for practical mods for their Raptors.

So here are RedX's top 5 mods:

Another user, named Apone, shared his own list of top 5 mods and it is more detailed.

Good thread! My most important mods are:

1. ARB Onboard Twin Air compressor. Already took my Raptor offroad with some moderately technical trails. Being able to air down and air back up when I get back on the road is nice. It fills up our tires quickly without having an air tank. Plus, good for MTB tires, rafts, etc. It can actually run power tools. 100% duty cycle. Air chuck is mounted to the bumper near the license plate.

2. Pace Edwards Ultragroove metal tonneau cover. This cover is amazing. Nothing different from a regular tonneau, except the Thule and Yakima compatible tracks built into the rails. I went with a Rhino Rack system because they actually make Aero Bars wide enough to span the width of our truck beds. It looks amazing, and the rack attaches securely. Detaches from the tracks in less than 30 seconds. Perfect for the bike and ski racks.

3. Stereo. I had to do something about that audio system. 2 JL Audio 10" subs under the rear seats, JL 5-channel class D amp and Focal speakers all around.

4. Window Tint. Same as RedX. Had to cut down that heat in the Colorado sun.

5. Undercover Swing Case Bed Boxes. These things have a crap ton of room, and don't take up any usable space in the bed. Store all my tools, offroad accessories, tow straps etc. in these. They also double as a nice cooler for getting to the end of the trail. Also, put in a rubber bed mat. The bed has a spray in liner, but the rubber mat is nice as it keeps stuff from sliding all over the place.

Other Raptor mods, suggested were Ceramic tint, Bedtred and a Bak Revolver x2, Fog lights and so on.

As mods like heat reduction and Ceramic tint came up a lot, someone suggested the following.

To reduce heat with ceramic tint, you have to tint all windows. The rear of your Raptor from the factory is just colored, not setup to reduce heat. Put clear air 80 ceramic on the entire windshield and overlaid across the rear 3 windows, then Ceramic tint the front sides to match. If you have a moon roof, air 80 goes there as well.

Yet another user suggested these mods.

As you see Tint always comes up. But this user suggests other things in his list, among which is short antenna and his list has 4 points only.

1. Tint
2. Short antennae
3. Bed cover of some type
4. Then I would say wheels or a level depending on your preference.

User Martlet is using his accessories to his Raptor slowly. He says thus far he has the following;

What mods and performance upgrades have you done on your Raptor? Please write them in the comments section below for discussion. Also see if suspension mods really improve the 2017 Gen 2 Ford F150 Raptor.