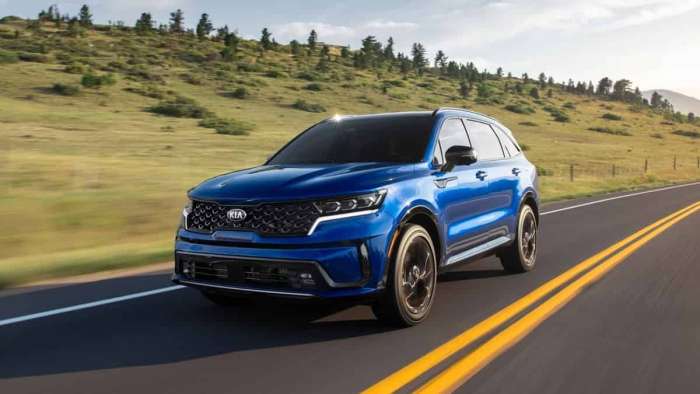 The American Automobile Assn. does lots for things, one of them is making up lists of interesting things for drivers. Recently, they came up with the top four cars for senior operators. It's interesting and there's a surprise there, too.
Advertisement

Let's face it; when you hit a certain age or point in life, there is that one vehicle that best typifies you. For example, when you turn 16 and you are looking for your first ride, the chances are good that you will want a vehicle that snakes through turns or corners as if the vehicle is on rails.

A little later in life, say when you hit your mid-20s, the vehicle may become a pickup or SUV that you can take off-road. And then when you hit your early 30s, where responsibilities may include kids, a pooch, a spouse, and who knows who else (a mother-in-law, perhaps).

This stage does seem to stretch out for a long time so that by the time you hit your late 40s, you are thinking of something else, perhaps another pickup to tow a trailer or maybe an upscale SUV that you can use to carry your maturing family on cross-country adventures.

By the time you hit your late 50s or early 60s – retirement years – you are thinking of something else again, maybe a downsized SUV or something more practical, or, if not practical, perhaps something very sporty.

This week, the AAA (American Automobile Assn.) focused on the retirement years when it put together a list of the vehicles to consider as you head into retirement. It's an exciting mix of SUVs and cars. Granted, the number of cars isn't what it used to be, but there are still many autos – aside from trucks and SUVs – to choose from).

The car club's listing of vehicles is pretty eclectic. There are two cars and two SUVs from which to choose. They do make sense.

So, without further ado, here are the AAA choices for the top vehicles for your retirement years (number four is pretty surprising). 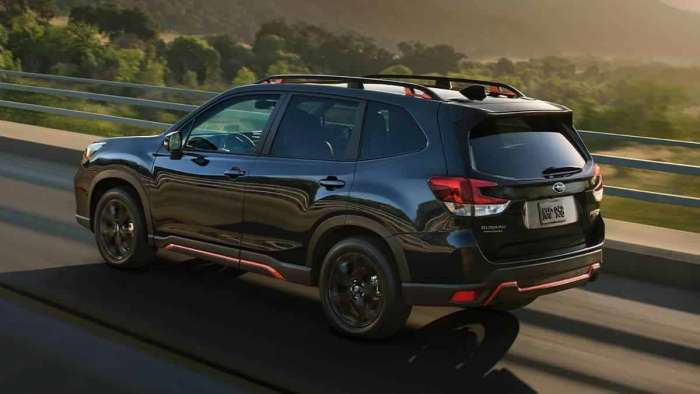 This Subaru Forester "makes getting vehicle the wheel a cinch for older drivers." Its large doors and elevated seating "allow for easy entrance and exit to and from the car."

Once you are on the road, the "chair-like seating position, coupled with big windows and thin pillars, supply excellent driver visibility." It's easy to set up and use Forester's climate and infotainment systems. My colleague Senior Reporter Denis Flierl discusses the primary reasons to Forester is so important.

The Forester's crash test rating is five stars. "Even better, Subaru has worked to significantly cut down on crashes thanks to its EyeSight system, Subaru's driver-assist technology." The system relies on dual color cameras near the rearview. The cameras have several functions, including monitoring traffic, optimizing cruise control, and warning drivers if they stray out of their lanes. EyeSight has cut rear-end crashes, with injuries, by up to 85 percent to show its efficacy.

Whether taking a long trip to see family or their grandkids, retirees have more free time to travel. Perhaps they are filling in their bucket lists, says AAA, or maybe they are just going on retirement adventures, "retirees need the right car for all their future adventures." The Sorento has had so many changes this year that about the only thing remaining the same is the name, says writer Armen Harayen.

For the second vehicle on the list, AAA proposes the Kia Sorento, a mid-sized SUV "with all the prerequisites for older drivers: comfortable seating, simple controls, and available safety technology."

The Sorento also features a foldable, third row of seating. Because it is foldable, it adds to the Sorento's already ample storage capability or allows you to carry more passengers – grandkids, for instance. 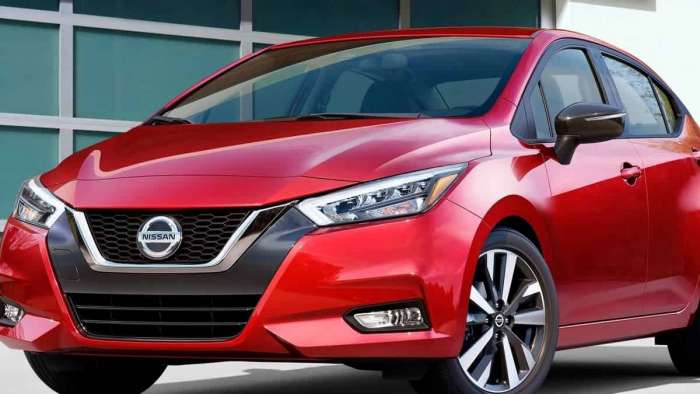 3. For The Frugal Consumer: Nissan Versa

For 2021, Nissan restyled the Versa. Thanks to the makeover, the subcompact has more legroom, plus up to 15-cubic-feet of cargo space. The engine is now a 122-horsepower four. The Versa had a slow start, due to the pandemic, but it has taken off making it a very popular model.

The Versa features a complete suite of safety features that are part of the Nissan Safety Shield® 360. The safety suite features automatic emergency braking, lane-departure warning, and high auto beams.

The base Sentra S has Bluetooth connectivity, though there is no Android Auto or Apple CarPlay integration. The latter features are part of Sentra's higher trim levels.

AAA says that the price is "what makes the Nissan Versa one of the best cars for older drivers." The base price is under $15,000. It is a price that makes it hard to "find a better value." 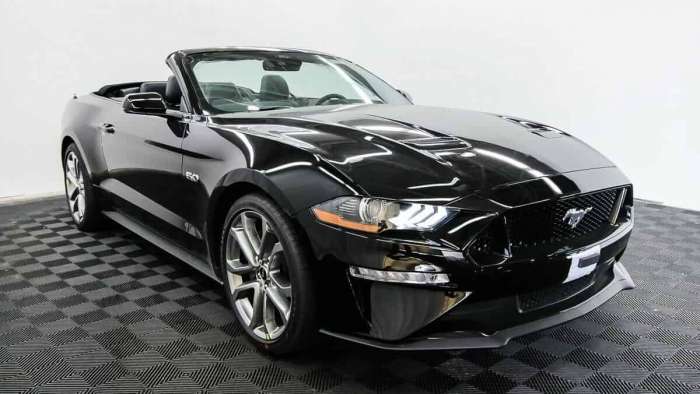 4. For The Dreamer: Ford Mustang Convertible

For those "recent retirees who waited to reach Social Security's full benefit age (66)" and who "most likely started their driving career in the 1960s or early 1970s," it was an era marked by muscle cars" also called Pony cars thanks to the Ford Mustang. For the last couple of months, there has been a controversy about whether or not the Mustang Mach-E belongs in the Mustang brand. Senior Reporter and my colleague Jimmy Dinsmore discusses why it's time to put this controversy to rest.

"Assuredly, many current retirees dreamed of getting behind the wheel of a Mustang. And if they weren't able to then, now is the time." Of course, obtaining a vintage 'Stang "may be challenging." Fortunately, though, "the model is still going strong" as it nears its 60th anniversary.

There are several models from which a buyer can choose, though, "you can't go wrong with a convertible." The Mustang's 2.3-liter EcoBoost (turbocharged) four turns out 310 horsepower while obtaining 20/28 miles per gallon.

The sporty vehicle has a five-star safety rating thanks to Ford's safety features, including the Blind Spot Information System with Cross-Traffic Alert. The convertible also features LED headlights and lighting, active noise cancelation, a multi-speaker sound system, and a leather-wrapped steering wheel.

Christine Ingham wrote on August 9, 2021 - 8:19am Permalink
Hi Marc Stern, Just discovered your columns. They are great. We have a Subaru, but reasons for buying it are quite different from your suggested ones. Bought it with Eyesite package so the son could feel comfortable driving it because it has the safety features.Also, lots of sports gear goes in the back, and it is covered by a custom-made industrial quality cargo net, so everything stays in place. I have driven pick-ups in the past and like the visibility from a greater height because I'm short. The husband likes the Forrester because he needs lots of headroom for the taller guy. The main reason is that the husband, an engineer, looked under the hood and decided that it was a good choice. Please don't underestimate the younger thinking of our generation. Thanks again for your great columns, I would like to follow you on social media. P S I've wanted a Stang for year, a forest green one if they make them. Maybe, one of these days I'll get to tool around in one. If this comment is ever a published, please put it under the name of Chris. Thanks, Christine
Jorge Robles wrote on September 3, 2021 - 5:27pm Permalink
In my personal opinion, i will say that the best vehicle for all the four categories of people listed here are simple: Tesla. Forget about what is written here. Tesla is THE ONLY CARMAKER THAT MAKES cars that will satisfy everyone- Tesla cars like the Model S Plaid have Performance second to none, except for the 2.4 Rimac. Want reliability and long range? Look at Models X or Y. Wnat frugality at the same time as reliability? The Tesla model 3. Want a model for the dreamer? The all wheel motor, high performance and relatively long range Model S Plaid. Anything else you read here about, are just simple junk when you compare any characteristic to the Tesla's, plus for those who have vision problems, the assistance of the Auto-Pilot is SUPER, not matched yet by any other automaker, not even experimental ones like Waymo. I would say the the Quality of Tesla cars is comparable to the one for the 1920's Rolls Royces and more. And I know what I say, I own a 2013 Tesla P85D, and a Model 3, and I had NEVER taken those cars to any service shop EVER. And never saw back again at any other brand. My son in law is now waiting for the 3-motor Cybertruck that promises to be way better than anything else in Truck land before it. That is IMHO.