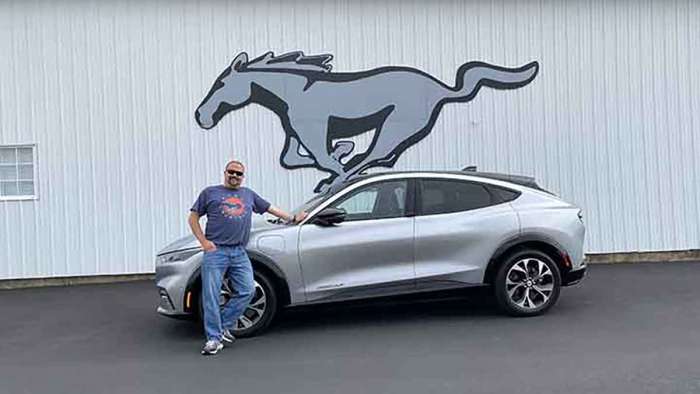 From petitions to online comments, the Not A Mustang movement needs to end. Mustang Mach-E is part of Ford’s present and future, whether you’re okay with it or not.
Advertisement

Like many of you, I was not happy with Ford when they first announced the Mustang name and logo would be used on a four-door crossover. Calling the all-electric Mach-E a Mustang seemed like blasphemy. An insult to a legendary nameplate even. Why not just call it just the Mach-E? Or better yet the Model E, since Ford gained the naming rights to that right out from under Tesla. It would have been so sweet to stick it to Tesla like that.

But Ford didn’t do that, for whatever reason. They decided to put the Mustang name on the Mach-E. We all love the Mustang. It’s part of Americana. On the Mount Rushmore of automobiles it’s front and center. All of that is without dispute.

As a Mustang historian and author of the book Mustang by Design, my knee-jerk (emphasis on jerk) reaction was to get mad. Make this not happen. Ford can’t do this. What can we enthusiasts do to stop this from happening? It’s such a bad idea. What are the Ford executives thinking?

All of these thoughts went through my head. So, with the passionate Mustang enthusiasts at the top of my thoughts, I started a petition on Change.org that demanded Ford change the name of the Mach-E and remove the Mustang name from it. I wanted to be voice of the enthusiasts.

Thus was born the #NotAMustang movement. It gained a lot of momentum. Many people felt just as passionately as I did. Many were vehemently opposed to it. So the movement got traction. I felt pretty good about myself for playing a role in the movement. Until I actually got some time with the Mach-E.

In the end, the movement, like so many petitions, went nowhere and accomplished nothing. Ford, as we know, went on to keep the pony logo and name on the all-electric Mach-E. Life moved on at the Blue Oval. And the Mach-E is available now and selling pretty well. Despite our protests. 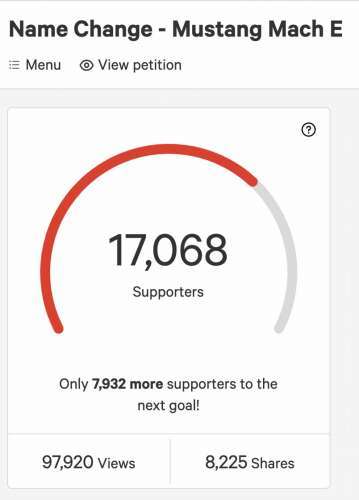 You know why it’s a Mustang? Because Ford says it is. And honestly, it’s their company. You either support Ford or you don’t. You can’t call yourself a Blue Oval fan and disparage the Mustang Mach-E at the same time. You can’t want the Mach-E to fail and still have Ford stock in your investment portfolio.

So, today I officially canceled the petition which had nearly 20,000 signatures. It could have had 200,000 signatures and it wouldn’t have changed Ford’s mind. And truth be told, maybe, just maybe, Ford was right to put the name on it. 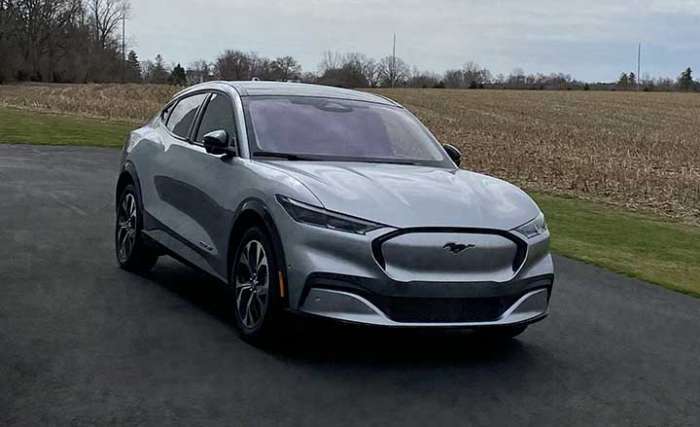 The comments are predictable and tiring. "That’s not a Mustang." "Why couldn’t they just call it the Mach-E?" "A Mustang doesn’t have four doors." And those are just the tame responses. It doesn't account the troll-like or downright nasty comments. What all of these comments have in common is one thing: resistance to change.

It’s just a name. It really is. The Mustang, as we know and love it, is still around now. Heck, I just drove the GT500 and freaking loved it. And for at least the next several years, the beloved pony car is still going to be with us including a new generation coming in two years.

The Mustang name on the Mach-E does not hasten the demise of the Mustang. What will hasten it is a lack of sales. And the Mustang sales have been dropping over the last couple years. While many have griped about the Mach-E, they’ve neglected the Mustang.

Want the Mustang to continue as a two-door muscle car? Go buy one. That, and that alone, will keep the Mustang alive and well in more than just name only. 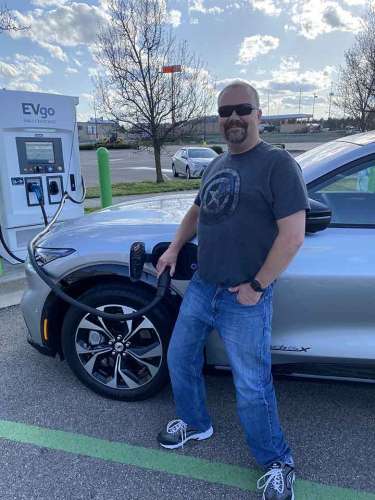 Final Thoughts
I don’t regret starting the petition. I do understand the angst and frustration by so many Mustang enthusiasts. The Mach-E should not be hated if you truly care about the Ford brand. And without a doubt the Mach-E is not a vehicle that will surpass hundreds of thousands of sales each year.

It, along with most EVs, remain a niche vehicle, attractive to a certain consumer. As Ford heads into the electrified future that is coming, whether you want it to or not, they’re leading the way with a beloved and iconic name on the grille. Isn’t that the honor of all honors for the beloved Mustang name and logo?

They didn’t slap the Edge or Escape name on it. No, it’s so important to the company that it warranted a big, bold move. If you think about it, it’s quite an honor, not a disrespect to the Mustang heritage, to call this important vehicle a Mustang.

It’s time to get over it and move on from this stale argument. I’m leading by example by proclaiming that the Mustang Mach-E is worthy of the name.

I’m sure I’ll take heat and plenty of comments. So please leave me your thoughts below.

Tesla Contemplates A New Strategy for China Retail even As Sales Boom
Jay Leno on Elon Musk & EVs: “I Think He Should Get ... Credit"
END_OF_DOCUMENT_TOKEN_TO_BE_REPLACED