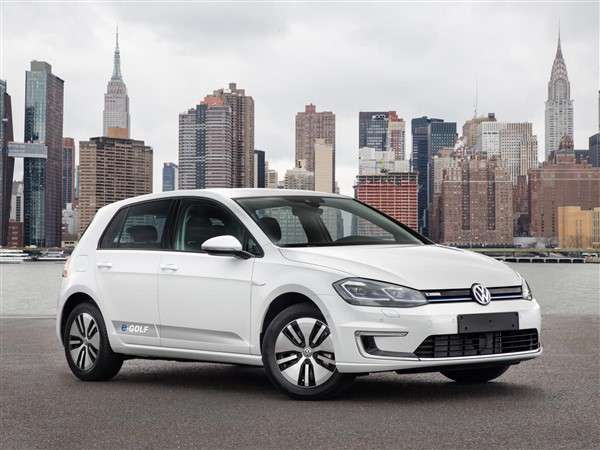 The American Automobile Association has named the 2017 Volkswagen e-Golf its Top Green Compact Car in its Green Car Guide.
Advertisement

For the last couple of years, Volkswagen has been a virtual news tornado. At least once a day or multiple times during the news cycle, there was some story or other discussing one particular peccadillo or another in which the automaker was involved. The reason, quite frankly, was the responsibility of VW because it had created what has become the largest corporate scandal in history, Dieselgate.

Well, now that the automaker has begun to sail out from under the Dieselgate storm cloud. Friday, the court ratified the $4.38 billion package of fines and penalties to which the automaker had agreed. Also, the District Court also ordered a former Justice Department official to take over as VW’s independent monitor for three years.

Almost as soon as the business was wrapping up in court, the carmaker received news that its e-Golf received the American Automobile Association’s (AAA) Top Green Compact award as part of the auto club’s Green Car Guide.

Of the 21 compact electrics reviewed, the e-Golf outscored them all. The reviewers judged the cars in 13 different areas including performance (slalom handling), visibility, EPA emissions, ride quality and interior noise.

Hendrik Muth, senior vice president, product marketing and strategy, VW of America, said that the automaker is “very happy that the e-Golf SE has been selected as the Top Green Vehicle in such a competitive segment. The e-Golf embodies all of the great things inherently Volkswagen in an all-electric package.”

Ride Quality, Handling, and Interior Quiet Are All Improved

Megan McKernan, the manager of the AAA’s Automotive Research Center, said that the “e-Golf’s ride quality, handling, and quiet interior helped earn it a Top Green Vehicle Award in its category of the AAA Green Car Guide.” She noted that the e-Golf SE is “proof that affordable battery-electric efficiency and sporty driving don’t have to be mutually exclusive.”

A 7.2 kW onboard charger is now standard on the SE, SEL and Premium trims. This charger requires a 240-volt service. When installed on a 240V tap, an e-Golf will charge in six hours. If you opt for the DC Fast-Charging option on the SE, SEL or Premium, the battery can be charged to 80 percent within an hour, at a fast-charging station.

Automaker Has Increased The Top Speed to 93 MPH

The 2017 e-Golf’s maximum speed is now a respectable 93 mph, while its 0 to 60 time is 9.6 seconds. Overall fuel economy has been improved, according to Environmental Protection Agency (EPA) estimates.