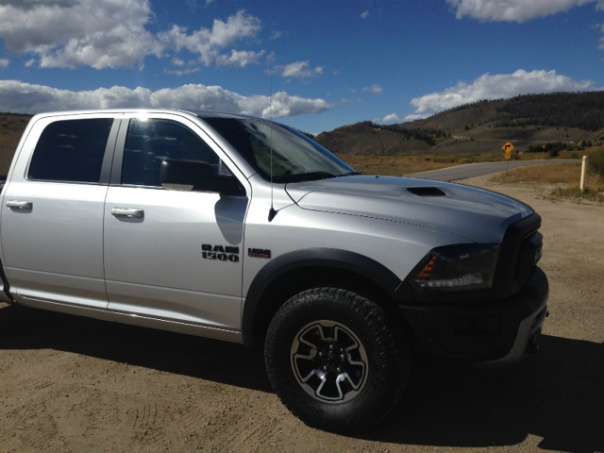 Whether you are looking to dress up your Ram or just personalize it, what is the best aftermarket bumper for a 2010-2016 Ram truck? A driver asked a Ram forum about a bumper that doesn't protrude too much and got plenty of suggestions.
Advertisement

The question came from a Ram driver in Texas, who goes by Ram Designs, and was pretty specific. “Looking for aftermarket bumpers, and since I'm already driving a CCLB 2500, I don't want to make it any longer than necessary. Now, the hard part is finding pictures from the side where you can really see how far these aftermarket bumpers stick out. I'm looking to stay under $2k for front and rear bumpers...what are you guys running that sits close to the truck? I'll soon be putting on Thuren springs in front and back with 37" tires, and I will not be using a winch.” The driver is considering the Ranch hand front and rear bumper kit.

The poster received lots of comments, many from people who were also driving a 2016 Ram with a 6.4L Hemi. A Connecticut driver says “The magnum looks like a nice bumper too and does not seem to stick out as much as the ranch hand. But I have I no experience with either. Just basing it on what I can see in the pictures from realtruck.com”

Another suggested “Have you looked at AEV? More money, but looks like it doesn't stick out as much and looks nice.” But as with anything, aftermarket improvements quickly add up. Ram Designs replies that it is out of his price range. “There's no way I can spend that kind of money, gotta keep it under 2k for front and rear combined.”

A poster named Flowers offers another option “Look at the Fab Four lineups. I had the Black Steel Elite on my 1500 and really liked it. If you hunt around for a good deal you may be able to do front and back for $2,000.”

Another Hemi owner from North Carolina has his own favorites, and it comes down to how easy they are to attach! “1) Fab fours 2) Ranch hand 3) Go rhino. Only reason why I liked the fab fours more than the ranch hand is because the bottom center is a plate as opposed to the expanded metal. Either would look good though!”

The owner of a 2014 Bighorn from Wisconsin has another suggestion for dressing up a bumper. “Anyone see the Warn ascent bumper in person on our Rams? Looks pretty nice, and when I added two sets of LEDs for the bumper pods, and a 10k winch it was around $2200. Still love the look of the AEV one though. I haven't been able to find a side pic of the Warn ascent to see if / how far it sticks out though.”

An Oregon Hemi owner today has this suggestion “If you don't want a winch but want a low profile bumper, check out Thuren.”

As of tonight, Ram Designs isn’t saying what bumper he plans to go with. It is clear that there are a number of different options available depending on the look that the owner wants, as well as how easy they are to attach. For owners looking to personalize their rides, options are out there and Ram fans are always willing to help.