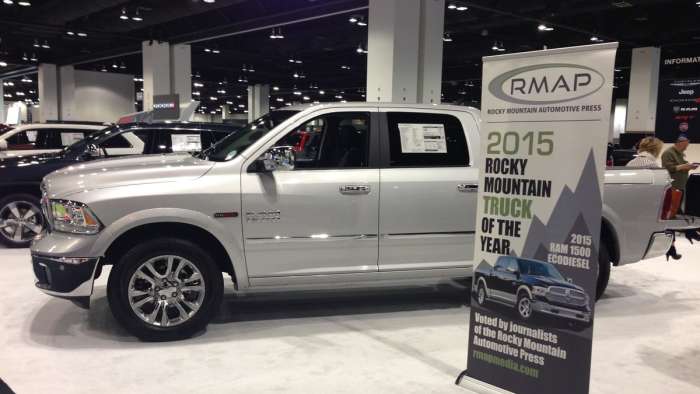 Stellantis and the federal government reached an agreement over the diesel emissions from the 2nd generation EcoDiesel engines in Ram trucks and some Jeeps.
Advertisement

We reported last week that the agreement was coming. Now, Stellantis is confirming that it has reached a settlement with the federal government over more than 100,000 vehicles from model years 2014-2016 that were sold with second-generation EcoDiesel V-6 engines. Many of the vehicles were the popular Ram 1500 EcoDiesel.

According to a statement from Stellantis, “FCA US LLC (FCA US) has agreed to a settlement that resolves a U.S. Department of Justice criminal investigation involving approximately 101,482 vehicles from model-years 2014 to 2016 equipped with second-generation EcoDiesel V-6 engines. The agreement, which is subject to U.S. federal court approval, includes a guilty plea, a fine of $96.1 million, and the forfeiture of $203.6 million in gains derived from the conduct. Consumer claims related to the subject vehicles have already been resolved, and no additional recalls are required.”

Fiat-Chrysler is admitting that it fraudulently used software to beat emissions tests. Fiat-Chrysler is now part of Stellantis. The legal distinction is important. Stellantis is not admitting any wrong doing. Fiat-Chrysler, the former owner, committed the crime. Stellantis's hands are clean. The Ram EcoDiesel was extremely popular, winning all sorts of awards including the Rocky Mountain Automotive Press Truck of the Year in 2015. The plea deal was negotiated with the Justice Department and the U.S. Attorney’s Office. The details still have to be approved by a federal judge on the record in open court.

Previous Settlements With Other Auto Companies

Other automakers like Volkswagen and Audi have already pleaded guilty in the investigation which was known as Dieselgate. Volkswagen paid a $200 million fine, five years ago. VW admitted that it used “defeat software” to beat the emissions tests on 600,000 vehicles.

Ram and Jeep did not have to buy back their vehicles, instead in 2019, the federal government announced that the company would give owners a cash payment of up to $3,000 in some cases. Ram and Jeep also had to provide an extended warranty "that covers all parts and systems affected by the emissions modification."