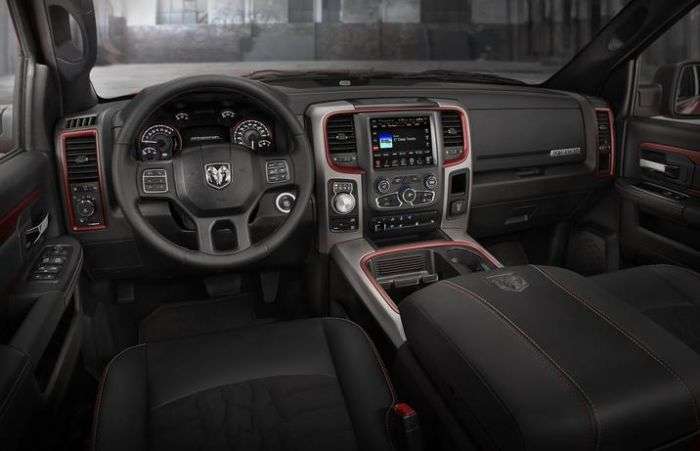 2018 Ram 1500 truck owners started noticing the problem on February 13, 2018. A new over-the-air update made their Uconnect systems go haywire, continuously trying to reboot every minute or so.
Advertisement

Mac, from Massachusetts, first reported the problem with his 2018 Ram 1500 on a Ram forum February 13, 2018. Mac wrote “On my way to work this morning the radio turned off and the Uconnect screen went black. After about 30 seconds or less it started to boot up again. It came back fine but after about a minute of working correctly it started to repeat this process and did so for the next 20 minutes until I shut the truck off at work. I'll check it again at noon time since I have a medical appointment, but has anyone heard of this happening before? This is on a 2018 Tungsten Limited with 2973 miles on it. The update was completed without any issues about a month ago, so it has nothing to do with any type of update taking place. Sounds like a service call is in order but I thought I'd check to see if anyone has had this happen before and what the outcome was. Thanks.”

Other owners quickly answered that they were experiencing similar issues. Mazak, also from Massachusetts, posted “My Uconnect screen just started rebooting itself yesterday around 4pm. and today it continues to do the same thing. My boss just came and told me that several people he knows just started having the same problem with their Uconnect system. Dealer says Chrysler is working on a fix.”

Apparently the Uconnect problems were reported on the 2018 Chrysler, Dodge and Ram products that use the Uconnect system.

Mac was able to get through to Mopar support and then posted, “Just chatted with the Mopar Owners website and this is what they told me: We are currently aware of an issue causing the radios to restart repeatedly. At the moment we are working on a resolution to this concern however as of right now there is not. The concern did start on Friday and engineers have been contacted. At this time we are able to create a case here for you in regards to this issue and we are advising our customer to contact us back in a couple business days in regards to a solution. We are working as quickly as possible to get this resolved and we do apologize for the inconvenience. They can't say for certain but they think the fix will come across the vehicle automatically. You may want to chat with someone on the site and let them know you're having this problem. She said that since I have a case opened they'll contact me about the solution.”

Chris, from Connecticut, added, “It seems there was an over the air update that caused this last Friday. Affecting only the 2018 models since they have the newer head units (by Panasonic).”

Chrysler sent Mac this message on Valentine’s Day. “Regarding customers experiencing repeated system rebooting: We have identified that the concern is related to SiriusXM Travel Link services. In the next 48 hours we’ll temporarily suspend the Travel Link feature in order to cease the reboot. We appreciate your patience.”

Concerns about Fixing the Glitch

Some 2018 Ram 1500 owners wondered if they would have trouble receiving the message that would fix the problem because their radios wouldn’t stay on long enough to download it.

Mac checked in with great news this morning. “I drove 35 minutes to work this morning and not one reboot took place. So it appears to be fixed on my truck. It's odd that I haven't seen any messages about the fix being rolled out yet. I couldn't go for more than a minute without the reboot taking place prior to this morning. I hope it continues to work. I also checked the "Travel Link" and it seemed to be working and wasn't turned off. Hoping for the best!”

And later Mac posted this, “I received confirmation that the fix started going out yesterday.”

It is unclear how quickly all of the vehicle owners will receive the fix for their Uconnect systems. Apparently the problem may have been on the Sirius side of the programming equation. It makes sense that if Chrysler, Dodge, Ram can force the update without the vehicle being on, the companies should also be able to update and fix the problem without the radio system being on.