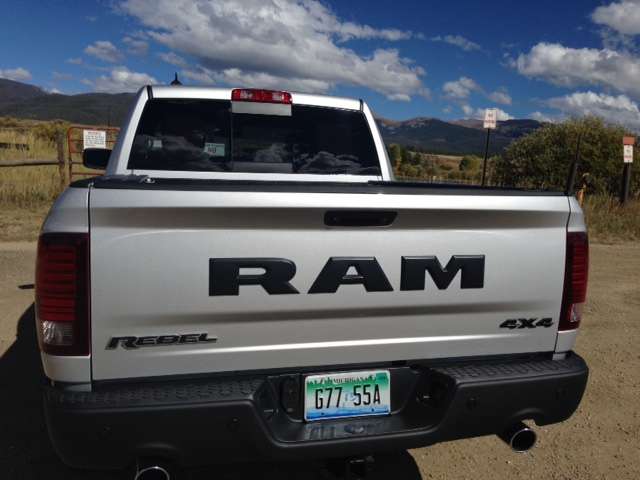 Owners of 2015 Ram 1500s started complaining a year ago about tailgates having a mind of their own and opening while people were driving.
Advertisement

Now this would scare the daylights out of you, owners of 2015 Ram 1500s report that their tailgates are falling open while they are driving. When I looked up the problem, I found some drivers reporting it when their trucks were brand new.

A California driver, who calls himself Saturn, says “My tailgate opens on its own about once a week. Anyone else have this problem?”

Burk, from Alabama, says he was able to fix his 2016 Ram 1500. “You can adjust the pins that the gate latches to, I've had to adjust mine because it would open on its own.”

Saturn asks for a better clue. Horse tells him, “I think he's talking about the posts that stick out from where the taillights are when the tailgate is opened. They have a torx head IIRC.”

Saturn tries it but it doesn’t solve the problem. “It still opens, I've adjusted it about ten times, and it still opens. One time I set alarm and tail gate opened. It happens about once every three days. Sucks. I'm going to lose some equipment soon.”

Beach, from Long Island, says he has had the problem repeatedly as well. “I have the same issue. Had my 2015 Ram 1500 for 16 months and this just started happening a month ago. Last Thursday had the dealer replace all parts, and yesterday the tailgate dropped after hitting a bump. Frustrating.”

Graphic, from Indiana, says it seems to be happening more frequently. “Yeah, frustrating as all get out... Got it twice today. Seems for me it is the little bumps at low speed that do it. I don't see how unlocking or locking it has any effect. I think it is something to do with latch alignment. It's a little embarrassing, like my pants just dropped or something.”

An owner from Houston says the dealers seem to be aware of the problem. “My 2015 1500's tailgate would open on its own too. I noticed that when it opened I wouldn't have to pull on the handle to get it to "unlock" before I closed it which implied that it wasn't slipping off the posts, the latch mechanism itself was coming unlatched. The truck is still under warranty so I took it to the dealer about a month ago and they fixed it same day... unfortunately they didn't tell me exactly what was wrong other than they "fixed" the latch mechanism.”

Graphic says he was able to get the dealer to fix his under warranty also. “Update. Picked truck up today. They replaced the locking actuator. This makes sense since this would always happen after initial start and take off. They said this was known problem.”

Dew, from Florida, is furious. “So my tailgate has fallen automatically while driving a few times. The last time was the worst because I didn't know it fell and I was towing my boat. The tailgate got destroyed when I took a turn and it bound on the tongue jack. Definitely not thrilled about the situation but the dealer acts as if it will be no big deal to get it repaired. Makes me sick because to me, the truck will never be the same!”

Beach says the dealer is trying again to fix his truck. “Went back last night to the Service Department, mentioned that maybe the problem is the Lock Actuator needless to say I'm going back on Friday. Part was ordered. All under warranty, but my problem is why didn't they change this the second time I was in? All other hardware was changed?”

Graphic says that he hasn’t had any further problems. “Mine always seemed to do it after taking off after parked somewhere. Been fine since actuator was replaced.”

It sounds as if it is the Lock Actuator is the problem and that the dealers should be aware of it. Different fixes seem to solve the problem temporarily, but eventually many of the actuators need to be replaced.