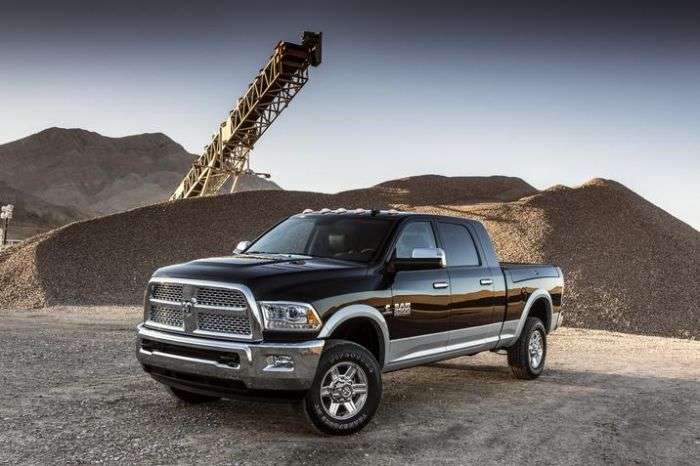 One of the most requested mods these days is adding a cargo or bed camera to any pickup truck. Members of a popular truck forum answer questions about the ease of making the modification to a 2017 Ram 2500, but it can be easily transferred to the popular 2017 Ram 1500.
Advertisement

Florida reached out to a popular truck forum to ask about adding a camera to his 2017 Ram 2500. Florida says, “Bed View Camera-Can it be added?”

Florida isn’t the only one asking the question. There are several threads on different forums raising the same issue. Bunky asked about his 2016 Ram 3500. “I generally run with my tailgate removed, just wondering is there a camera that will plug into the factory tailgate camera wiring??”

It turns out there are a number of options available. Yankee, who is a frequent poster, knows of several. “It is called the MOPAR OEM CHMSL (Third Brake Light) Cargo Cam for All Trucks or CHMSL = Center High-Mount Stop Lamp Camera”

Dang it, from North Carolina, is aware of another. “Check Infotainment.com for their CHMSL bed camera. They are priced at $199.95 with a RCA plug and $399.90 with their obdgenie flash tool.

Zak, from California, has yet another suggestion. “You can get license plate mounted cameras, as far as straight plugin, you will most likely have to modify the connector with one from Ram.”

Wiley is considering removing his tailgate as well and is looking for another option. “I've been wondering the same thing. I'm getting ready to run 35" tires on my truck and I can't fit the tire in the stock location. The tiregates with the tire mounted in a steel carrier that replaces the tailgate look awesome, but I don't want to lose my backup camera. I'm going to have to look into the light option, that looks intriguing.”

An Oregon owner found one online. “Camera Source makes a direct plug-in. Anyone have any experience with this?”

Doosan, from Kansas, just had one put on his Ram 2500. “I had a factory backup camera installed a few weeks ago in my Ram 2500 by the dealer. I almost went with an accessory shop that was going to mount it by the license plate and hook into my 5" radio. It was going to be the same price so I went with the factory one from the dealer.” Doosan says it cost him $474 installed.

Yankee says the Mopar option is probably the one he would choose. “$350 option from Ram, works with 2013 & newer Rams.”

Regardless of who does the installation, it is probably easier to go with the Mopar option. In recent years, Ram changed how the different cameras were wired into their system. Some 2014 Ram owners are reporting problems since the recent Uconnect upgrade. The 2014 owners are having trouble getting some of the camera views to pop up on their screens. It would make sense that the equipment built specifically for Ram would have fewer connectivity bugs.